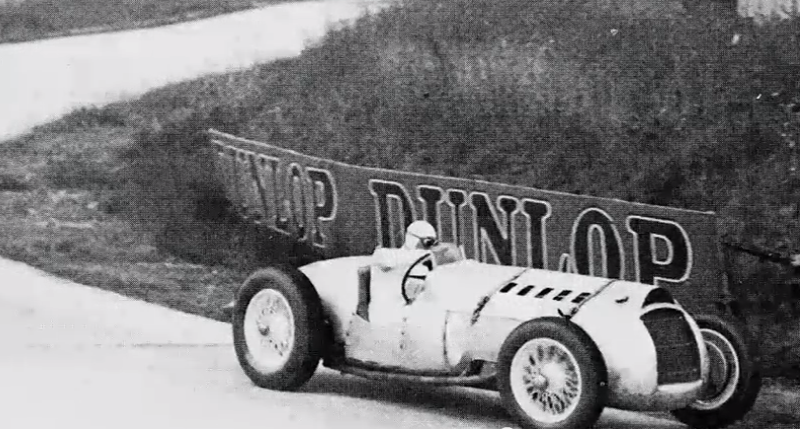 If you’ve heard of the Mullin Automotive Museum, then you may have seen one very special car called the “Million Franc Delahaye”, otherwise known as the car that beat Hitler. Legendary Grand Prix driver Rene Dreyfus drove the Delahaye to victory over Germany’s Mercedes-Benz Silver Arrow, winning the Million Franc prize in 1937.

Hitler being Hitler, thought that there was no way a French car could beat his M-B Silver Arrow – it had to be the driver. So, he ordered his organization to contact Rene Dreyfus and hire him to lead the German team. However, upon finding out Rene was Jewish, Hitler ordered his men to find the car that beat him and destroy it.

Meanwhile, the French had dismantled the Delahaye, and buried it in a hill side in France. Its whereabouts subsequently became unknown, and since then, two different cars have surfaced with credible claims to be the ‘Million Franc Delahaye’, with two different collectors claiming the privilege of owning this unique automotive piece of history. Peter Mullin is one of those two men. Mullin recognized the vehicle and purchased it in 1987 to add to his collection of incredible art deco and French vehicles.

With the aid of some automotive historians and restorers, Mullin located the original magnesium engine and restored the complete car to its original condition.

The 1937 Delahaye is a V12. The company configured four V12s and anyone who broke the record at the Autodrome de Montlhery track would win a million francs. The French government and the Automobile Club of France established the Million Franc Prize for the car that could beat the 1934 Italian speed record at the Montlhéry track. The previous record, which was set in an Alfa Romeo, was an average of 146.508 km (91.035 mph) over 16 laps. 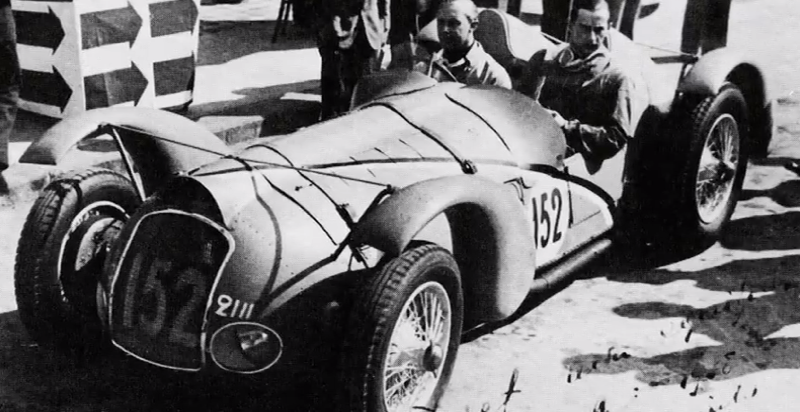 The race was a time trial against the clock, which tested each car’s ultimate limits rather than just the driver’s skill in passing other drivers. Each car had to drive 16 laps (120 miles) from a standing start. Rene Dreyfus was hired by Delahaye to drive its car in testing and in the competition itself. He set a blistering pace, overwhelming all competitors, except the Bugatti team. 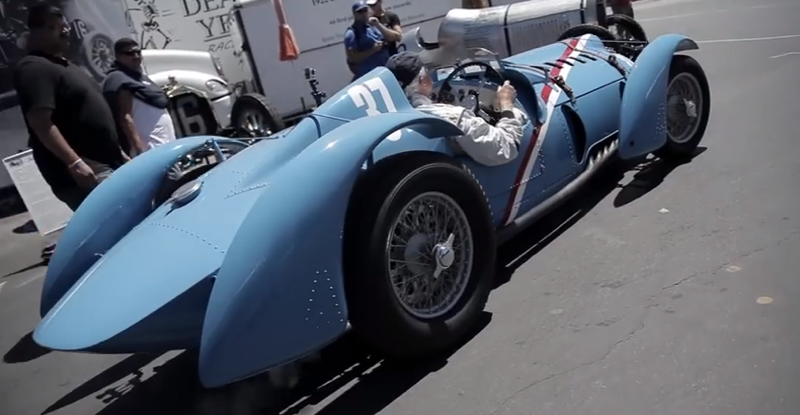 On the last day of the competition, the Bugatti entry, driven by Jean-Pierre Wimille, arrived. After spending most of the day repairing various mechanical problems, the Bugatti took to the track for its run, accompanied by Dreyfus in the Delahaye in an attempt to protect his victory. The two drivers pushed each other to incredible speed, until the Bugatti once again broke under the strain, ensuring Delahaye the prize. 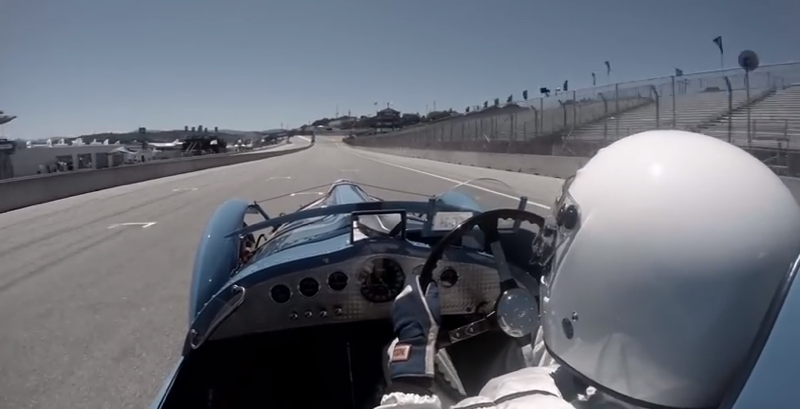 Peter Mullin’s car was the one that did it – #48771. Finally, the French were back reclaiming victories rather than losing to the Mercedes-Benz Silver Arrows and the Alfa Romeos of Italy. At the time, the Grand Prix authorities set limitations on the race cars – cars could either be limited to 3 liters with superchargers, or 4.5 liters and un-supercharged. Delahaye chose to use a 4.5L engine, but introduced a triple overhead cam – three cams on top of the block – a central cam that drove the intake valves and two exhausts on the outboard side. That gave the car an extra boost when you added that together with the triple downdraft carburetor. The Delahaye topped out around 165 mph. 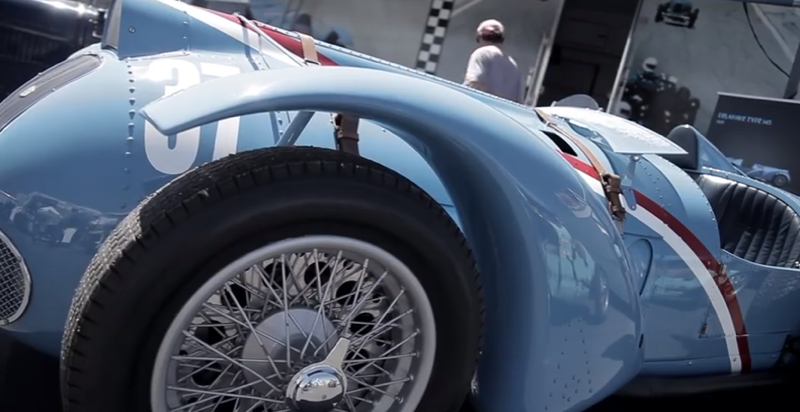 The four curved fenders atop the tires were actually taken off for competition and the car ran with open wheels. Obviously, it was very aerodynamic.

When asked why Peter chooses to drive and race the Delahaye today and risk harming the engine or breaking it, he says,

“Although cars are sculptural objects of art, they’re actually made to drive, and a race car is made to race.” 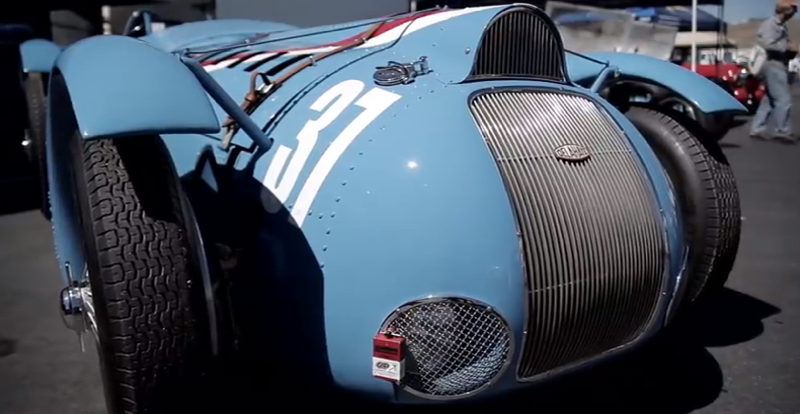 As a pre-World War II car, the Delahaye lacks power steering and takes some getting used to while driving it, according to Mullin. He drove the Delahaye this year at Monterey Historics where he also sat down to talk about the car’s history and capture footage of this incredible machine on the track at Laguna Seca. See the video below! 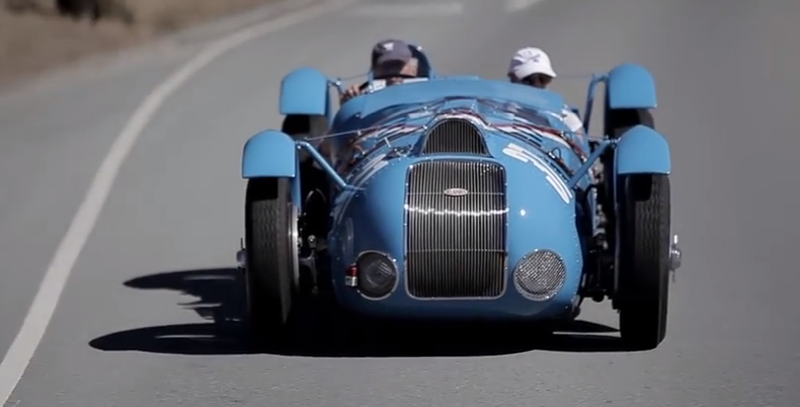