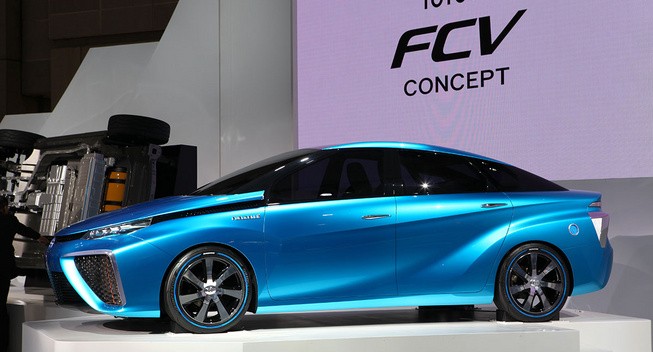 Toyota has allegedly decided to use the name “Mirai” as a nameplate for its new fuel-cell vehicle.The same term surfaced late in 2013 as an alleged model name for the rumored Supra revival, although sources now tell Bloomberg that it has been reserved for use by the upcoming hydrogen-powered model.The Japanese car brand has been alluding to its fuel-cell vehicle using the seemingly generic acronym FCV, while rival Honda’s competing concept is currently named the FCX Clarity.‘Mirai’ is a Japanese word that ironically translates to ‘future,’ possibly reflecting Toyota’s big bet on hydrogen fuel cells as other automakers focus on battery-powered electric models heading into the new age of vehicular propulsion. Recent reports suggest Toyota’s fuel-cell car may be on track to arrive in 2014, but reports conclude the company officially expects an early-2015 launch. It is expected to cost around $70,000, however Japanese buyers may receive subsidies of nearly $30,000 depending on their location.