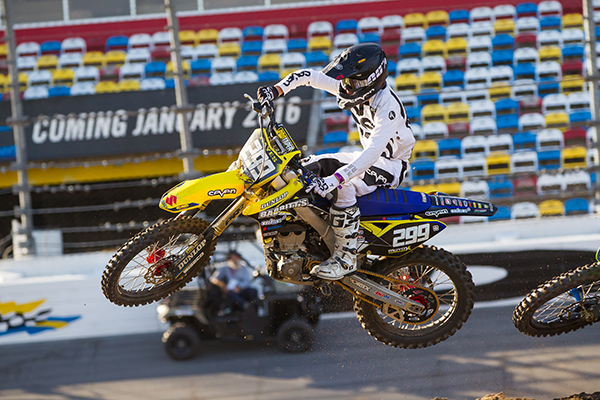 There was an interesting mix of experience and youth racing Suzuki motorcycles in the 6th Annual Ricky Carmichael Daytona Amateur Supercross on March 8-9 at Daytona International Speedway.

The event featured 1,400 entries and showcased riders from throughout the United States and as far as Brazil and Australia.

Several of Suzuki’s top youth riders went through challenging weeks in Daytona, while some of the veteran riders shined. Promising Suzuki racer, Ashton Hayes, started his weekend off on a high note with a couple of strong qualifying results. Unfortunately though, the rider from Rockford, Mich. was unable to race any of his main events after a slight mistake in qualifying resulted in a trip to the hospital.

“The weekend started out pretty good with a second in the 250B qualifier and a fourth in the A/B All-Star class,” said the 17-year-old Hayes. “This morning (Monday) I ended up crashing and breaking my foot in three spots and knocking myself out. It didn’t go as planned down here, but hopefully I’ll be back at it by the time the snow melts in Michigan.” 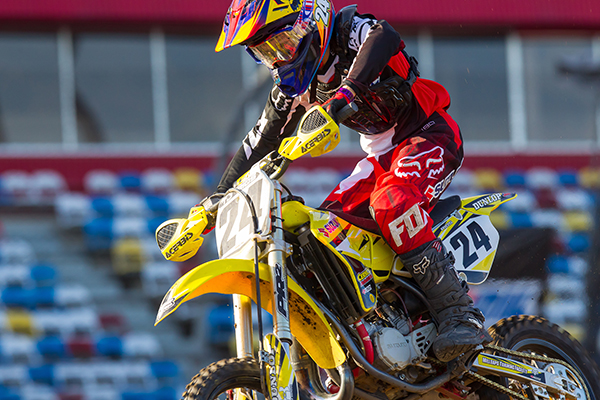 While some of the leading youth riders for Suzuki had tough outings at Daytona, there were some solid results in the Vet classes among Suzuki riders. Steve Nagy, from Port Orange, Florida, won both the Vet B/C (30+) and Senior B/C (40+) classes aboard his Suzuki.

Another well-known name to longtime motocross enthusiasts was on hand to have some fun at Daytona and that was none other than former AMA Pro Motocross racer Barry Carsten. Carsten took home a pair of podium finishes at Daytona, scoring third in both the Vet (35+) class and the Senior A (40+) class. 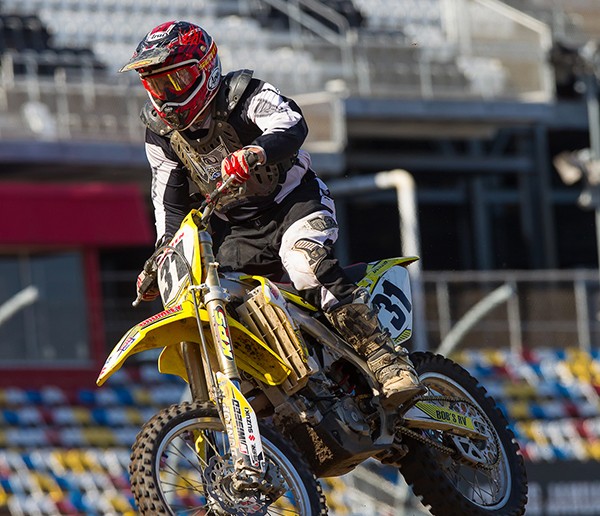 Carsten has been racing Suzukis since 1989 and has been so faithful to Suzuki that he’s never raced any other brand of motorcycle. “As I get older I just keep moving up the age classes,” smiled Carsten, who is 48. “I’ll be in that 50 class soon.”

Other highlights at Daytona for Suzuki riders included Leo DeMastry taking a third in 450 C (14-20) and 250 C (12-16) classes and James Nagy, Jr. with a third in Senior (45+). Andrew Picciuto, Allen Alford, Danny Diciaccio and James Adams all scored top-five results in their respective classes aboard Suzukis.

Suzuki is offering $3.8 million in contingency support in 2015, covering numerous motocross series and events across the U.S. Fifteen new series were added to this year’s schedule, including the Moto Masters Cup in Northern Texas for vet riders, and Suzuki is the only OEM offering contingency for this series. In addition, Suzuki is continuing to support the WMX series in 2015, paying out more contingency money than any other OEM for all 8 races. For the Ricky Carmichael Amateur Supercross Championship, Suzuki offered double contingency.