Mopar and Dodge//SRT are once again teaming up and taking aim at world titles in the NHRA Mello Yello Drag Racing Series, armed with an increased commitment to Top Fuel star Leah Pritchett and renewed support of two-time Funny Car champion Matt Hagan for the 2018 season, which commences at the NHRA Winternationals in Pomona, CA, February 8-11. 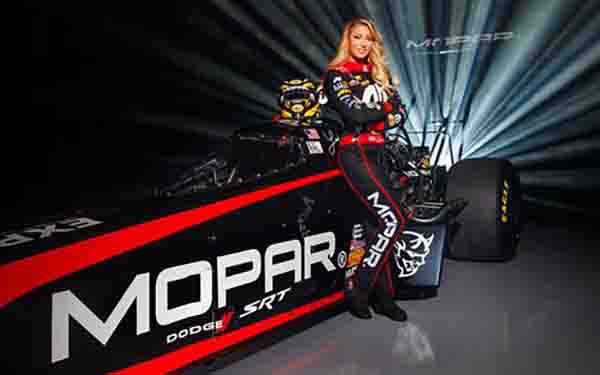 “Mopar and Dodge have a winning heritage at the drag strip, and our brands are working even closer together in 2018 to continue that tradition with a lineup that includes Leah Pritchett, Matt Hagan and the entire Don Schumacher Racing organization,” said Pietro Gorlier, Head of Parts and Service (Mopar), FCA. “From the professional classes to the Sportsman ranks to the enthusiast experience, we are committed to connecting with NHRA racers and fans who are passionate about horsepower both at the track and on the street.”

“If you’ve ever been to an NHRA race, you can feel the energy and enthusiasm the crowd has for both the drivers and our Dodge performance machines,” said Tim Kuniskis, Head of Passenger Cars, Dodge//SRT, Chrysler and FIAT, FCA North America. “That passionate NHRA fan base is very well aligned with our enthusiasts, so expanding our presence to three times the number of NHRA races this year really helps us connect with our customers where they live and breathe. And with the increased number of Drag Paks, supported by our SRT Engineering team, competing each week, the technology transfer from what we learn on the strip to what we are putting into our production cars – like the 840-horsepower Demon and 707-horsepower Hellcats – continues to grow at a rapid pace.” 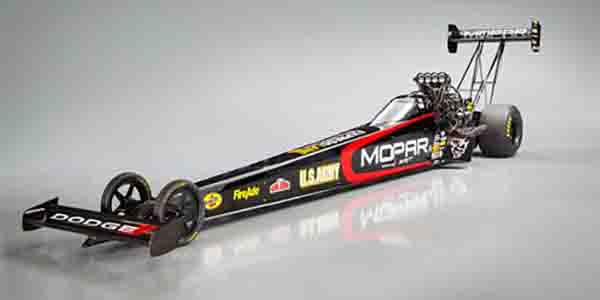 The brands will also share sponsorship of Pritchett, who earned four wins and a fifth-place finish in the 2017 standings, with Pennzoil for two events.

“It’s something I’ve been excited about, and something that was hard to keep quiet about over the off-season,” said Pritchett. “It’s such an incredible fit, for Mopar and Dodge to expand their presence with the Top Fuel team for Don Schumacher Racing. For one, the car looks amazing, for two, the technology that we have been developing with Mopar and Dodge//SRT on all types of fronts, both Top Fuel and Funny Car — I think it’s just an absolute perfect match, and I couldn’t be more excited for the growth.”

Hagan, who also captured four wins and the fifth spot in the 2017 standings, will celebrate a decade behind the wheel of a Mopar-powered DSR Dodge Funny Car in 2018. The brands will serve in a primary sponsorship role for 14 races during the 2018 season as Hagan seeks his third career NHRA Funny Car title. 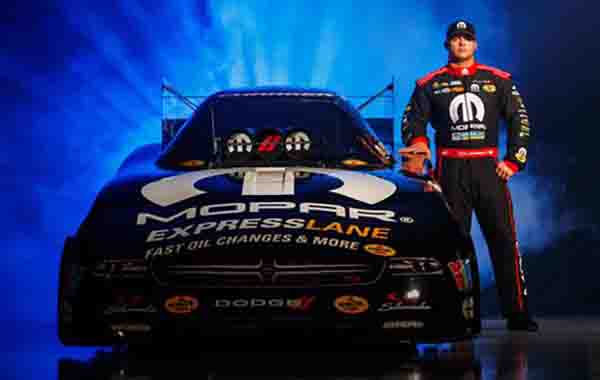 “Where does the time go?” said Hagan. “Ten years, that’s a chunk out of your life. I was very fortunate to get hooked up with Don Schumacher. He surrounds himself with the best, and Mopar and Dodge are key sponsors. It has been good for me to be able to carry that banner. It’s a huge honor. We didn’t get it done last year, on the Funny Car or Top Fuel side, and that’s just not characteristic of DSR. I know we’re going to come back here in 2018 super strong, I expect big things this year. We’re going to try really hard to buckle down and come out strong. The biggest thing is, you can have a couple of good races, but we need to be more consistent.” 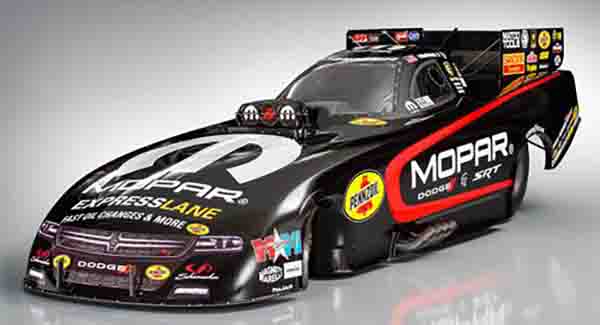 Hagan and Pritchett will look to defend their NHRA Winternationals titles, as the pair doubled up to bring home victories in the Top Fuel and Funny Car classes at the season-opening event last year.

A teaser video of the first “Chasing the Title” episode, featuring Pritchett: