Morgan Motor Company has revealed the 50th Anniversary edition of its iconic V8-powered Plus 8 as well as its most extreme road-going model to date, the Aero GT, at the 88th International Geneva Motor Show.

Named after the famous eight-cylinder engine beneath the car’s hand-built body, the Plus 8 50th Anniversary edition will be a true V8-powered thoroughbred tribute to the model that has been Morgan’s crowning vehicle for 50 years.

The custom sports car manufacturer will produce 50 of the special-edition models, each one hand-built and carrying a unique model number and sold through its existing dealership network. Born on the racetrack, the Morgan Plus 8 is a special combination of craftsmanship, luxury and technology. Over 6,000 Plus 8s have been hand built at Morgan’s Pickersleigh Road factory in its 50-year history. 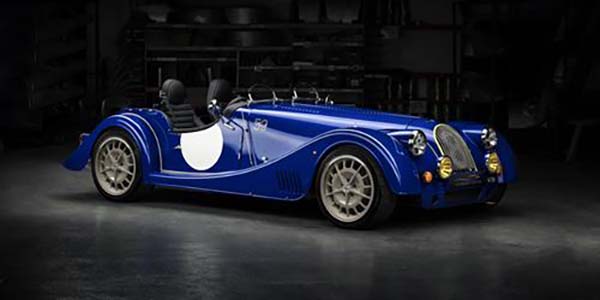 Available in both automatic and manual transmission variants, each Plus 8 50th Anniversary can also be specified as a right-hand or left-hand-drive model and available in two race-inspired colors and two specifications – blue ‘speedster style’ with an open cockpit, or green ‘traditional convertible’ with a soft-top. 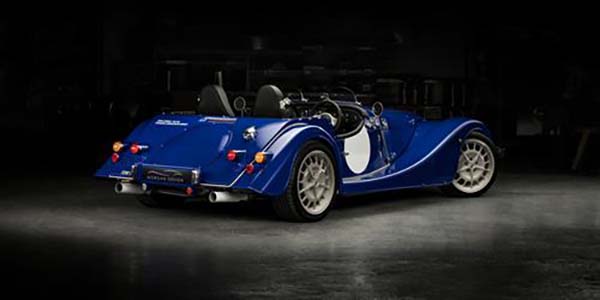 Drawing inspiration from the first production Plus 8, MMC 11, a spun aluminum domed panel adorns the rear of the car. Other accents celebrating Morgan’s motorsport pedigree include towing eyes in yellow, sporty white brake calipers and ceramic-coated twin-cannon- style white exhaust tips. The exhausts have been specially made to amplify and refine the dramatic V8 soundtrack.

The addition of extra hood louvres and a leather bonnet belt hint at the aggressive nature of the V8 engine, while the number ‘8’ painted onto the front grille celebrates the racing days of the original Plus 8.

Each car will be individually liveried by Morgan’s craftspeople and finished with a unique number on the exterior back panel of the car. A plaque inside each car denotes its unique number of production. 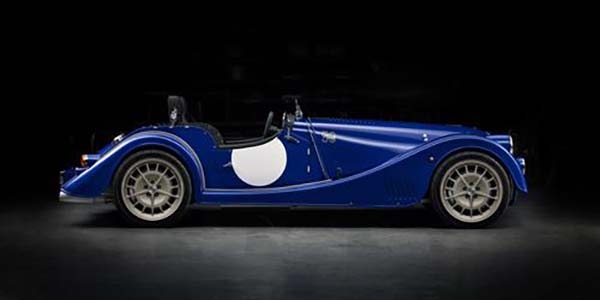 Morgan’s in-house design team specially commissioned new five-stud wheels for the special edition, reflecting the original cast wheel commonly equipped to Plus 8s throughout the years. The 50th Anniversary edition wheels are refined to handle the increased power of the V8 engine and finished in a specially created celebratory champagne color.

For the interior, a naturally waterproof black leather has been chosen to provide durability essential for vehicles without a roof. A highly detailed motorsport-inspired, twin-pleated stitch has been chosen for the seat centers. Specially designed dial faces complete the heritage feel of the matte-finished walnut dashboard.

Continuing the success of Morgan’s partnership with fellow British company Christopher Ward, a C1 Morgan Plus 8 Chronometer Anniversary watch has been specially designed to accompany each Plus 8 50th Anniversary Edition produced. Each Christopher Ward and Morgan Plus 8 50th Anniversary Edition watch contains a small piece of the original ‘MMC 11’ car embedded into the back plate. Each piece will be numbered 1-50 and every owner will receive their corresponding numbered watch for their Plus 8.

The Morgan Motor Company also revealed its most extreme road-going model to date, the Aero GT. Morgan Motor Company will produce just eight of the special Aero GT variants. All vehicles will be individually built custom to each customer. The Aero GT represents the end of Aero 8 production, guaranteeing that every Aero 8 owner will be the custodian of a very significant piece of Morgan history.

The Aero GT will be built by the Morgan Special Projects department. Morgan’s approach will see each Aero GT built as an individual custom special edition, rather than eight identical examples.

Each customer will have an individual design consultancy with Jon Wells, Morgan’s Head of Design before the car enters production, remaining in build for 8-10 weeks. As with every Morgan, each customer will have the opportunity to follow the build of their vehicle closely and witness their car come to life. 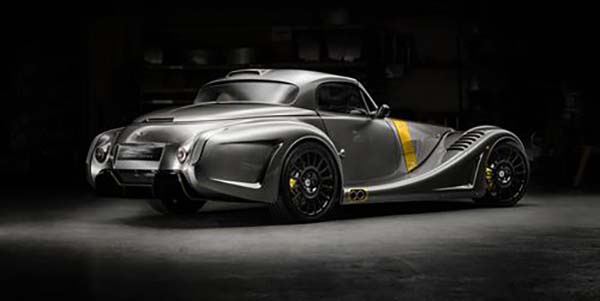 The dramatic evolution of the Aero GT is most striking in its restyled wing impressions and louvres. Their addition serves both functional and aesthetic advantages, and were developed alongside the design of the latest Aero 8 in 2015.

Taking inspiration from the aggressive aerodynamic profiles seen on Morgan’s striking 2009 GT3 race car, similar body form functions were explored during the development of the Aero 8. However, these were not immediately put into production but paved the way for future exploration of what a ‘gloves off’ Aero 8 could look like.

For the final eight Aero 8 vehicles, Morgan’s design department applied knowledge developed throughout the research process of the latest Aero 8 in order to introduce the aerodynamic enhancements as seen on the Aero GT, striking a balance of exhilarating performance along with head-turning aesthetics. 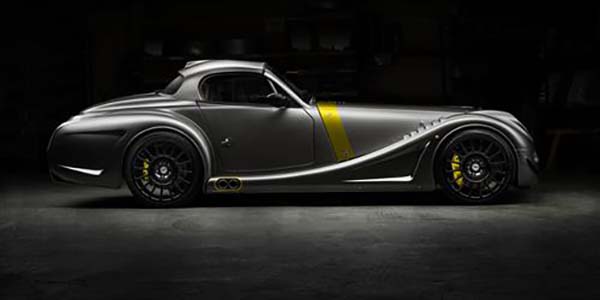 The striking body panels of the Aero GT have been sculpted in such a way to ensure that tension and elegance is expressed in each line. All surfacing of the new panels was proven digitally via Computation Fluid Dynamics simulation prior to full scale validation. Each panel is created using the technologically advanced Superforming process synonymous with modern Morgans, before being hand finished and transformed into Aero GT panels.

The front canard details and wing top louvre vents are proven to reduce low pressure on the sides of the Aero body, making a notable difference in frontal downforce. At the rear, the dramatic diffuser reduces air pressure from beneath the vehicle, increasing rear downforce and reducing the visual weight of the rear-end.

All Aero GT’s have the option of a carbon fiber hard-top. Taking inspiration from 1960s race cars, the hard-top on the Aero GT features a rearward facing roof vent that reflects the rear graphic of the tail-light, while improving the drag coefficient of the vehicle.

Finite enamelled ‘GT’ badges signify the model variant. Each is individually hand made by a British Jeweller.

The interior is hand-finished with a series of painted stitching and pinstripe accents, and an extended choice of wood options.