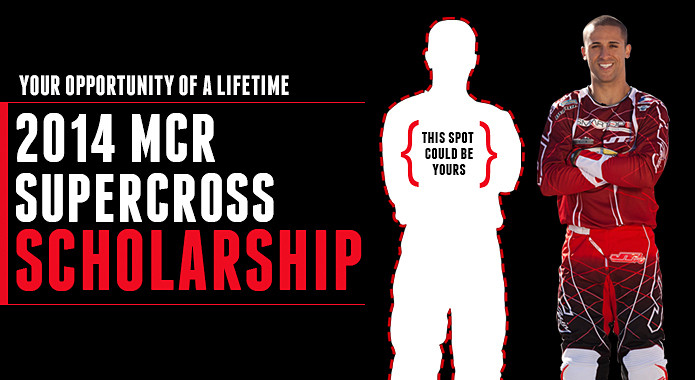 MotoConcepts Racing (MCR) launched a scholarship program where fan voting will contribute to the selection of a non-supported privateer rider who will be the recipient of a fully supported and salaried position on the factory level MCR team.

In addition, if the scholarship recipient is able to finish in the top ten overall in the West Coast series, he will be granted a full 2014 Motocross contract.

The scholarship will be granted based on the most fan votes on the MotoConcepts website, the winning rider’s overall performance at the first two West Coast races, along with a personal review and ability to pass the team physical and drug test.

The winning rider will become a full MCR team rider beginning with the A2 race on Jan. 18, 2014.

MotoConcepts Racing believes there are many talented, but unsponsored riders who deserve an opportunity to race as a sponsored team member. MCR wants fan input to determine who will join pro riders Mike Alessi and Kyle Cunningham on their racing team.

All licensed riders registered to participate in the 2014 West Coast 250cc Supercross series are eligible for this scholarship.