Thompson spent a month in Utah to compete in the three most prestigious land speed racing events held at the famed Salt Flats, including Speed Week, the Bonneville Motorcycle Speed Trials and World of Speed. Speed Week was canceled due to heavy rains. Weather and track conditions during the Motorcycle Speed Trials prevented Thompson from setting a new record despite making a strong 203.77 mph pass.

Thompson’s patience paid off during the World of Speed event where her BMW S 1000 RR was fast right out of the trailer. Six out of eight of Thompson’s passes were over 200 mph. On her last run of the event, Thompson enjoyed her best speed on the salt with a first pass at 209.85 mph and a return run of 207.71 mph, setting a new MPS-G 1000 record at 208.81 mph. The new record earned Thompson lifetime membership in the prestigious Red Hat Club, recognizing her 200+ mph performance.

“I’ve wanted the 200 MPH Club Red Hat since I started racing on the salt, so it’s an awesome achievement for me. I can’t thank my team enough for their outstanding fight to the end. Ray Garcia did an incredible job of making all the right calls on the bike’s set up. Now I can focus on setting more records and going faster with the Red Hat,” added an ecstatic Thompson.

According to USFRA secretary, Ellen Wilkinson, more than 150 teams pre-registered for the event, which was cancelled last year due to rain. “This was my first time racing at an USFRA sanctioned event and I was very impressed. Everything went smooth and we got a lot of runs in. I can’t wait to come back next year,” said Thompson. 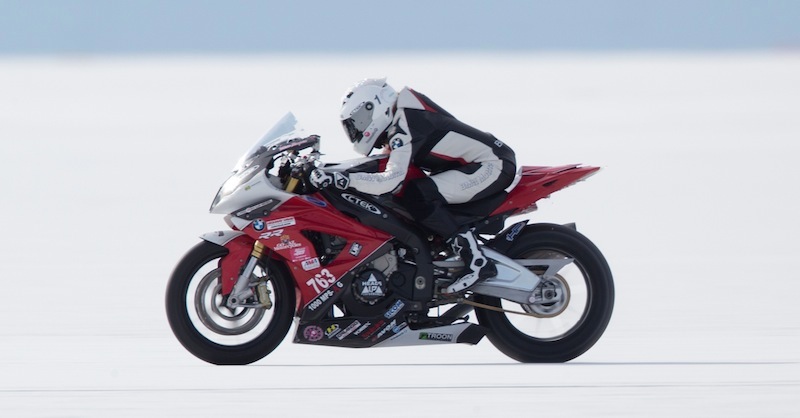