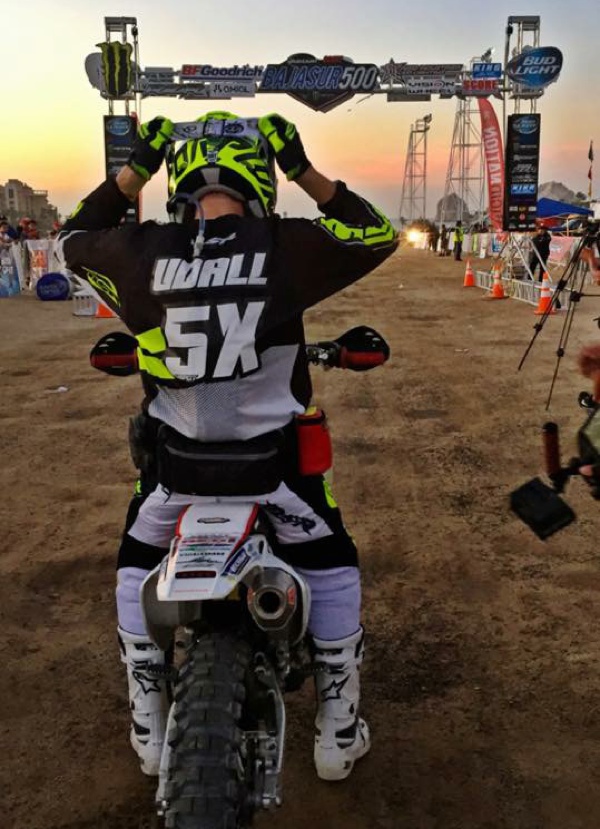 The Ox Motorsports/MSR team of Colton Udall, Mark Samuels and Ray Dal Soglio finished 1-2 at the first Baja 500 ever run entirely in Baja Sur this past weekend. Udall rode solo to victory in the Pro Unlimited class, finishing with an elapsed-time of 7:41:38 (55.18mph) on the No. 5x Ox Motorsports Honda CRF450X. Teammates Samuels and Dal Soglio finished runner-up for their second consecutive race on another CRF450X in 8:08:04 (52.19mph).

For the first time ever, the 500 kilometer (424 miles) point-to-point race started in Cabo San Lucas on the southern tip of Baja and finished up in Loreto on the east side of the peninsula (along the Sea of Cortez). Although this was the first time a SCORE Baja race has been held entirely in Baja California Sur, winning is nothing new to three-time Baja champ Colton Udall. 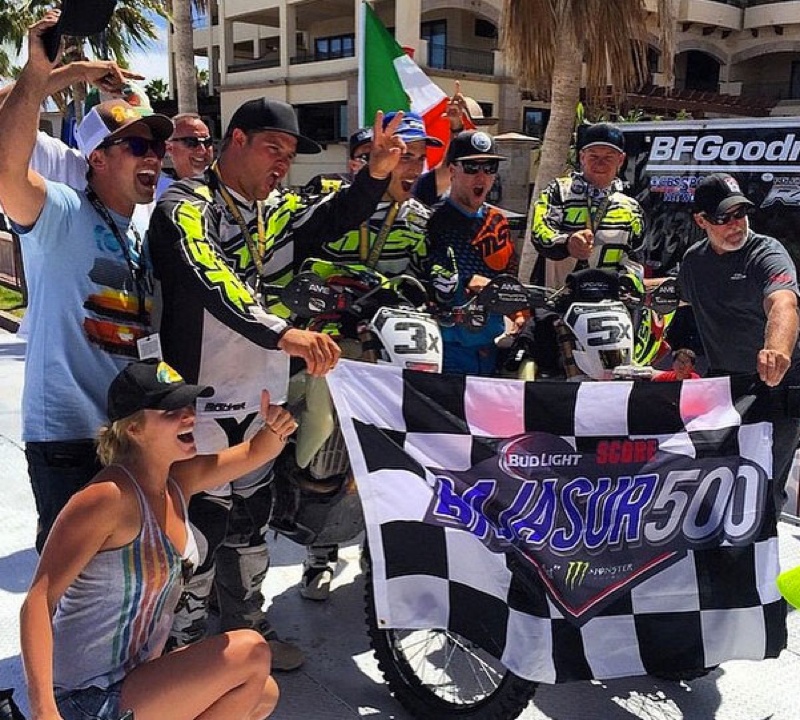 Running solo was a challenge for the champ, though. “I iron-manned this race and that’s the biggest milestone for me. Winning the Inaugural Bud Light SCORE Baja Sur 500 was an awesome experience, but I wish I had a helicopter because there was a lot of scary stuff out there.” One exciting moment came when Colton and Justin Morgan (Ricky Brabec No. 1x co-rider) battling just past La Paz (approximately race mile 160). “We both had the bikes wide open… It was a horsepower battle in the dust.”

Colton dueled the 1x machine all day after getting passed within the first 75 miles. At race mile 149 there was only a slim 30-second split between the 1x and 5x machines. However, Udall’s iron man strategy enabled him to stretch out a lead by the end of the race. “I’m happy that I’m here and I didn’t put the bike on the ground once. We tried a different strategy for this race by using a four-gallon tank that is nearly a gallon bigger than our normal race tank.”