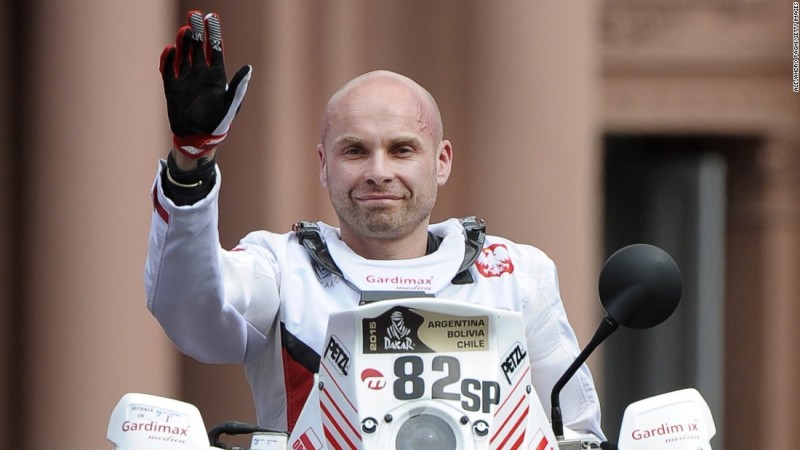 The 2015 Dakar Rally, just concluding its fourth stage, has seen an unexpected fatality. Polish biker Michal Hernik, 39, was killed during the third stage. The exact causes and circumstances behind his death are presently unknown.

Hernik did not show at the end of the third stage, and a rescue helicopter was sent to look for him after his tracker had gone dead. Hernik was found dead about 1,000 feet from the bike route.

Hernik was an experienced racer, though he was participating in his first Dakar Rally. Apparently, his KTM 450 Rally Replica did not show any signs that an accident had taken place, and no external damage was visible. Consequently, the cause of death is currently under investigation.

The Dakar Rally is known for being dangerous, even after being moved out of Africa in favor of a safer South American course. Over 50 people, both racers and spectators, have been killed since the event’s inception in 1979.