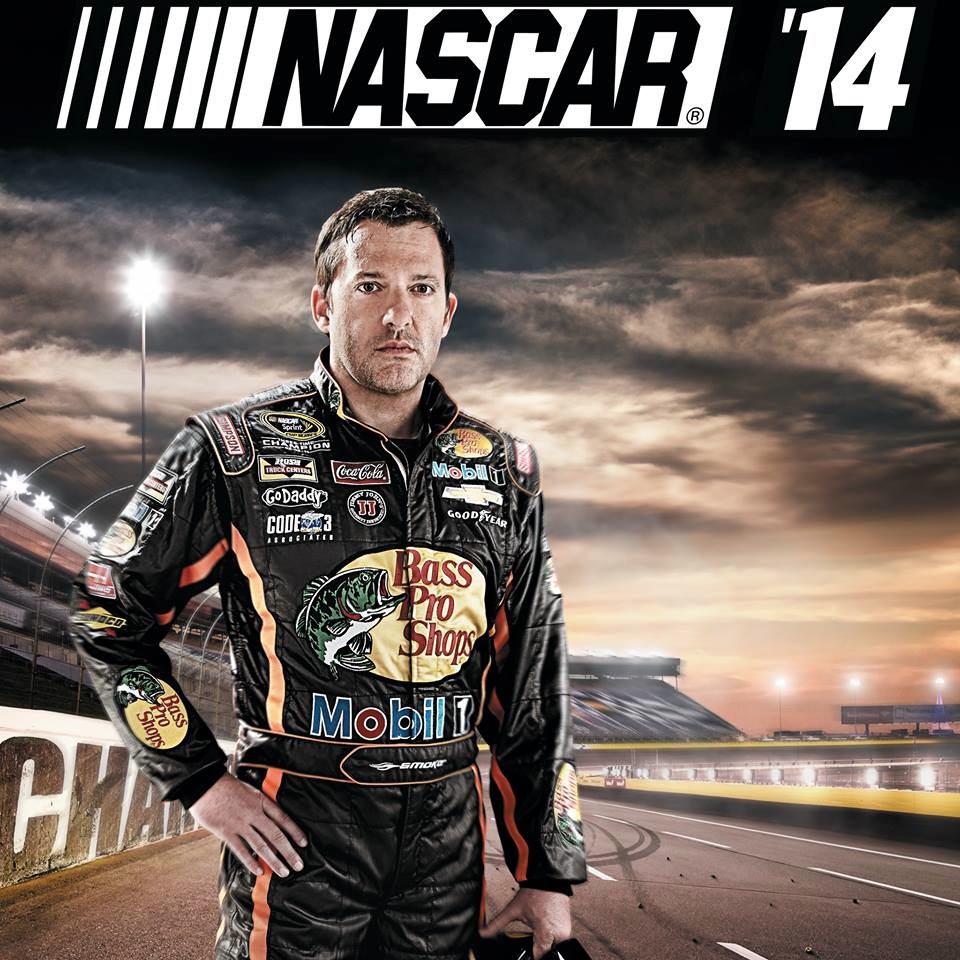 The fans of NASCAR have spoken and the results are in. NASCAR announced today that fans worldwide have cast more than 700,000 votes in the “Drive for the Cover” campaign, ultimately selecting three-time NASCAR Sprint Cup Series champion Tony Stewart to appear on the cover of the highly anticipated NASCAR ‘14. Stewart has appeared on the cover of the officially licensed NASCAR game twice before this, but this is the first instance where he was selected by fans.

Stewart, co-owner and driver for Stewart-Haas Racing, was humbled by the news of his victory. “Being selected by the fans to be on the cover of NASCAR ‘14 is a huge honor,”  Stewart said. “It’s been a long couple of months, but my fans’ passion has been one of the driving factors in helping me rehab and my ability to prepare for returning to the race car in February.”

Even early on in the competition, it became clear that Stewart was the front runner to be immortalized on the front cover of one of the most popular racing games in America.

During the five-week contest, conducted entirely on Facebook, Stewart dominated each round of the competition. Stewart’s closest opposition came in the final round against another fan favorite, four-time NASCAR Sprint Cup Series champion Jeff Gordon. Stewart accumulated nearly one-fifth of all the votes cast during the “Drive for the Cover” campaign.

Blake Davidson, NASCAR vice president of licensing and consumer products, spoke very highly of the social media campaign. “For a campaign that was heavily driven by social media, the more than 700,000 votes cast in the ‘Drive for the Cover’ campaign is a testament to the social media prowess of our industry and fans.”