Beginning in 2015, all NASCAR Sprint Cup Series competitors will be required to use MOOG Steering and Suspension parts in their cars, specifically MOOG ball joints and tie rod ends. This addition to the NASCAR rulebook reflects heightened awareness among team owners, crew chiefs and drivers of the critical safety and performance benefits of MOOG “Problem Solver” components. MOOG is a brand of Federal-Mogul Motorparts, a division of Federal-Mogul Holdings Corporation. 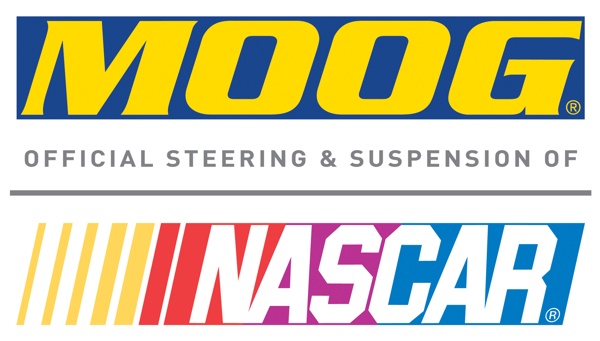 Heading into its 50th season of competition in NASCAR’s premier series, the MOOG brand has achieved the highest level of endorsement – NASCAR “Official Partner” – within North America’s most successful professional racing organization. MOOG parts have been the choice of every Cup Series champion since 1966, an unprecedented winning streak that has also helped make the brand the predominant choice of vehicle repair technicians throughout North America.

“There’s a tremendous amount of technology in every MOOG part, and each plays a vital role in delivering the safety and performance demanded by NASCAR teams, automotive technicians and millions of consumers,” said Michael Proud, director of marketing, North America, Federal-Mogul Motorparts. “As a NASCAR Official Partner, we will be able to dramatically extend the reach of this safety and performance message to consumers who want only the best parts for their own vehicles.”

“For nearly half a century, the MOOG Steering and Suspension brand has enjoyed unprecedented success in our sport, enduring the most rigorous racing conditions while delivering elite performance,” said Norris Scott, NASCAR vice president, Partnership Marketing. “Capitalizing on its rich history in our sport, MOOG is elevating its status to the distinction of NASCAR Official Partner, expanding its ability to reach the most brand loyal fans in sports.”