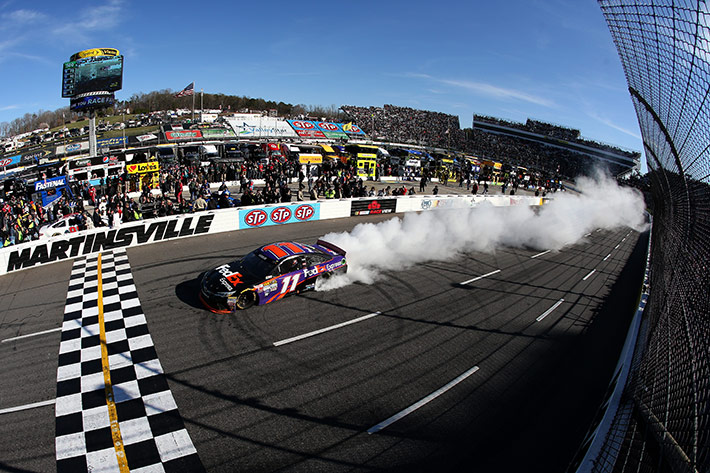 NASCAR today unveiled modifications to the qualifying format at superspeedways across all three national series. The updated format will take effect at Talladega Superspeedway for the NASCAR XFINITY Series and NASCAR Sprint Cup Series next month.

Qualifying for May’s Talladega Superspeedway races, as well as the July events at Daytona International Speedway, will consist of the following:

·         Two rounds of qualifying, with the top-12 posted lap speeds advancing to the second round

·         Race vehicles taking one, timed lap in each round of qualifying

·         Each race vehicle will be released in a predetermined timed interval as determined by NASCAR, with the sanctioning body reserving the right to have more than one vehicle engaging in qualifying runs at the same time

·         Upon completion of the first qualifying round, the field will be set with positions 13 and beyond determined from first round qualifying speed

·         NASCAR will impound race vehicles following each qualifying lap; vehicles advancing to the final round will be allowed to adjust tape and utilize a cool-down unit during the 10-minute break only

The NASCAR Camping World Truck Series will utilize the format for the first time when the series returns to Talladega Superspeedway with the NASCAR Sprint Cup Series in October.

Qualifying procedures for the 2016 Daytona 500 will be announced at a later date.