The all-new 2018 BMW X3 was unveiled recently at BMW Plant Spartanburg, SC, where it will be produced alongside the BMW X4, BMW X5, and BMW X6. BMW is at home in Spartanburg, SC producing 411,171 BMW X models last year, making it the largest BMW Group’s global production facility with approximately 70 percent of the vehicles exported to 140 markets worldwide, thereby making BMW the largest vehicle exporter in the U.S. by value. BMW Plant Spartanburg has a deep level of localization, and provides and supports nearly 70,000 jobs in the U.S. In 2003, the BMW X3 was the car that launched the premium compact SAV (Sports Activity Vehicle) segment. Since then, BMW has recorded more than 1.5 million vehicles worldwide and 378,803 in the US alone. Today, the all-new BMW X3 is set to write the next chapter in this success story with a more striking, dynamic design language, powerful yet efficient drive systems with a luxurious appeal. Like all members of the successful X family, it blends standout-driving qualities on any terrain with unrestricted everyday usability.

The all-new 2018 BMW X3 will be available at certified BMW Centers this November with pricing to be announced closer to market launch.

The interior of the all-new BMW X3 follows BMW tradition with its driver-focused and ergonomically optimized cockpit layout and carries over many aspects of the car’s exterior design. For instance, hexagonal forms and precise, sloping edges also play a central role in the interior. The interior as a whole displays exceptional material quality, fit, and finish, with carefully thought ergonomics. One example here is the storage concept, which offers more storage space than ever before and ensures it is easier to access. 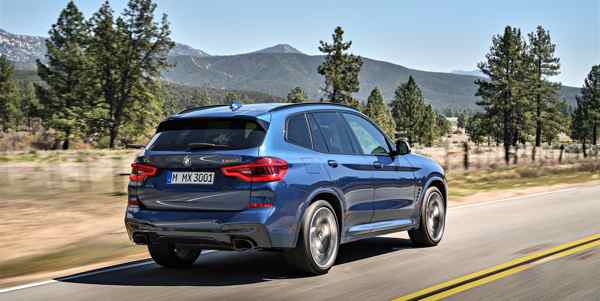 The all-new BMW X3 comes standard with several new, comfort enhancing features not offered on its predecessor. These include 3-zone automatic climate control, which adds separate temperature controls for the rear compartment to those for the driver and front passenger. To enhance rear compartment comfort, the angle of the standard 40:20:40 split/folding rear seat backrests can be adjusted individually and through various stages thanks to the standard cargo function. This feature also allows the backrests to be released remotely from the load compartment, which expands the standard load capacity of 28.7 ft3to 62.7 ft3. Newly available convenient functions include front ventilated seats for driver and front passenger to maximize comfort on warm days. Customers can also give the interior a roomier feel with the 9.8-inch longer panoramic glass moonroof.

Contour lighting above the trim strip in the instrument panel is included with the available Extended Ambient Lighting, which directs a soft stream of light downwards from below the accent strip, lights the interior in a distinctive and relaxing ambience. At night, the iDrive display appears to be floating above the instrument panel. Customers can choose from six color tones.

The first ever M Performance model in the X3 lineup sets new standards with its sharper dynamics, high level of exclusivity and standout emotional appeal. The 3.0-liter M Performance TwinPower Turbo technology 6-cylinder inline engine ensures the all-new BMW X3 M40i sits at the top end of the model range. Output of 355 hp propels the flagship X3 from 0 to 60 mph in a best in segment time of 4.6 seconds. The X3 M40i also includes a wealth of model-specific set-up and equipment features, which both underpin and lend added impact to the exceptional performance credentials of this SAV. 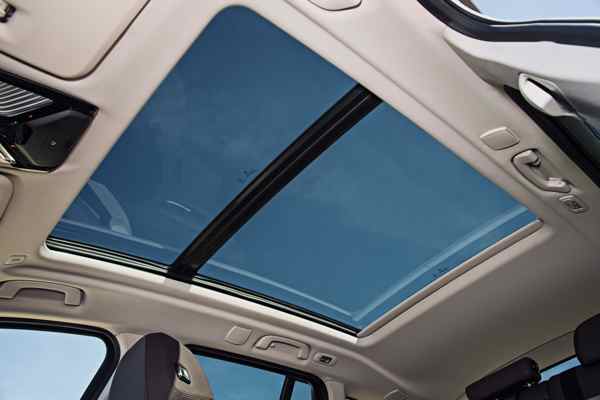 The BMW X3 M40i is equipped with an 8-speed Steptronic Sport automatic transmission with Launch Control. This transmission is a perfect match for the engine’s dynamic characteristics and can be operated using shift paddles on the steering wheel. In addition, its xDrive all-wheel-drive system has a far more pronounced rear bias than on the other model versions. The Performance Control feature integrated into the DSC system and acting on the rear wheels has been reconfigured to produce agility and traction for which M Performance models are known for. Moving into the cabin, Sport seats and “M40i” logos adorning, for instance, the front door sills and instrument panel, provide visual emphasis of the car’s performance capabilities. 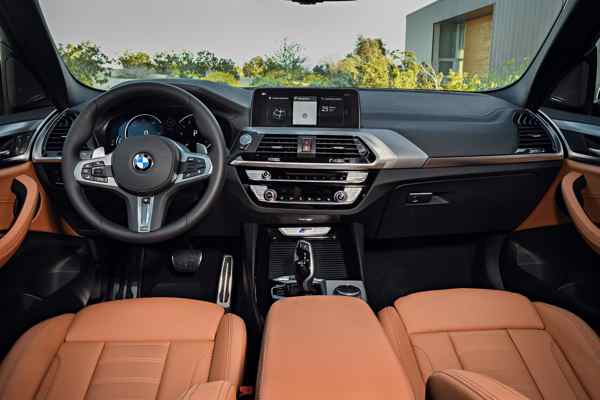 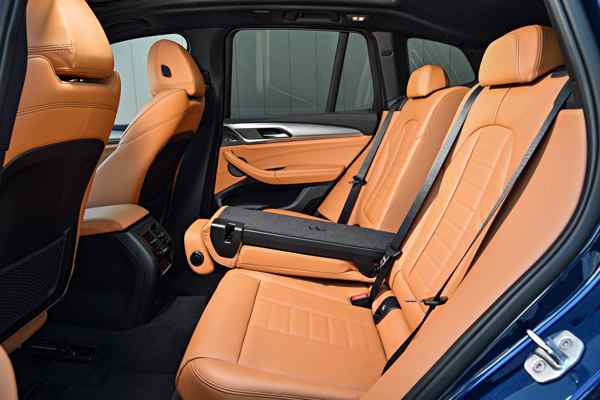 Both engines come from the latest generation of BMW engines. Improvements have also been made to both the 8-speed Steptronic Sport automatic transmission with shift paddles and the BMW xDrive intelligent all-wheel-drive system to increase efficiency.