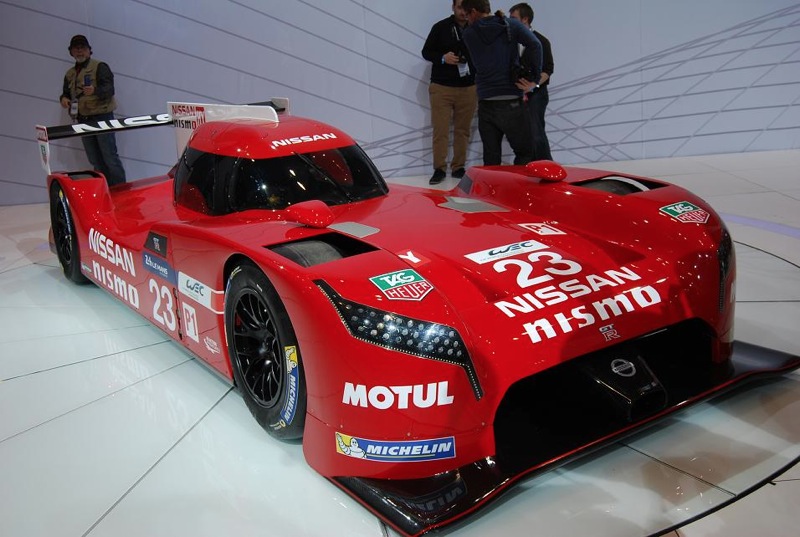 News streaming out of the 2014 Chicago Auto Show included an announcement that GT Academy winner Jann Mardenborough is joining fellow GT Academy winner Lucas Ordonez and Michael Krumm as drivers for the GT-R LM NISMO at the 24 Hours of Le Mans this June.

“The GT-R LM NISMO is really the top end of our racing cars,” said Shoichi Miyatani, president, Nissan Motorsports International Co., Ltd. “The reveal of this LM P1 car at the Chicago Auto Show is really exciting and really motivating for the people who are working for NISMO and all of the people who are engaged with the project of the LMP1.”

Miyatani said that the technology put into this car can be fed back to Nissan’s Nismo production models and the company’s other road cars. The GT-R LM NISMO utilizes a 3.0-liter twin-turbo V6 that combines performance with fuel efficiency. “That kind of fuel efficient but good power and good torque, this kind of thing could be easily fed back to the road cars,” Miyatani stressed. 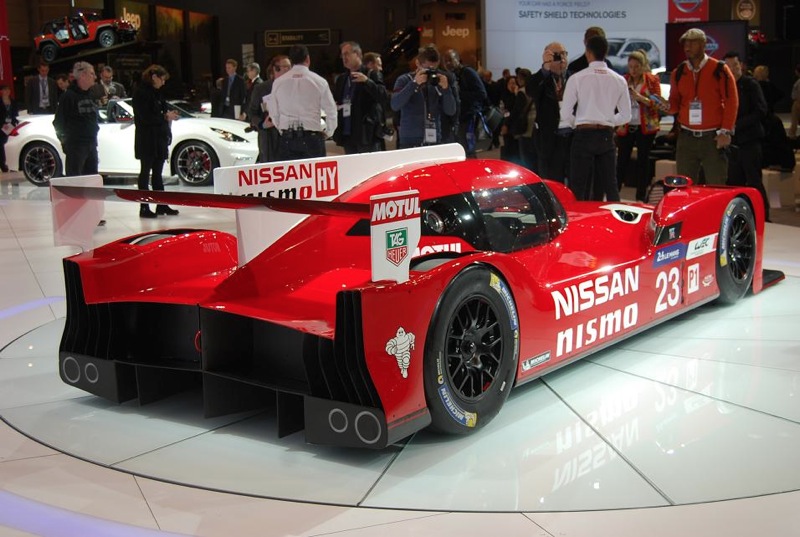 In 2015, the Nissan GT-R LM Nismo will join the fray against the Audi R18 e-tron quattro, the Toyota TS040 Hybrid and the Porsche 919 Hybrid. The new car underscores Nissan’s return to top-level endurance racing after 16 years.

Like its competitors, the Nissan GT-R LM Nismo is a hybrid, but from that point on it’s a different type of car. It’s the first front-engine Le Mans Prototype since the Panoz Esperante GT-LM ran in the 2006 season.

The car’s gas engine sends its power to a front-wheel drive arrangement. The car also features a Kinetic Energy Recovery System (KERS) that utilizes a very powerful electric motor to drive both the front and rear wheels. In reality, this makes it an all-wheel drive racing car. 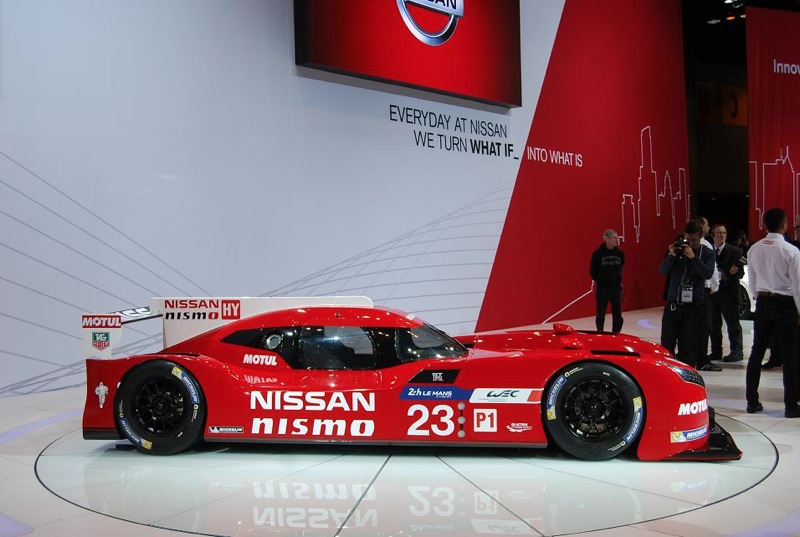 Total output is in the 1250 to 1500-hp range with the gas engine supplying about 500 hp and upwards of 750 hp coming from the eight-megajoule KERS system. A 5-speed sequential manual gearbox transfers power to the front wheels. Thanks to its flow-through aerodynamics, air moves around and under the car, creating significant drag on the GT-R LM as it flows straight through.

An uncluttered rear end leaves room for two massive air channels that start behind the front splitter and flow around the narrow carbon fiber tub, then out the back, cutting body drag and improving fuel economy and performance.