Nissan will begin the search for an American star to join its new LM P1 Le Mans 24 Hour and FIA World Endurance Championship team, giving a former gamer the opportunity to graduate to the highest levels of the sport.

Nissan’s GT Academy competition is already renowned as one of the most innovative driver development programs in history. During the past six years, GT Academy has had more than five million entrants via PlayStation, more than one billion virtual miles have been driven in Nissans on Gran Turismo, and the program’s television packages have been seen by more than 120 million people across the globe. 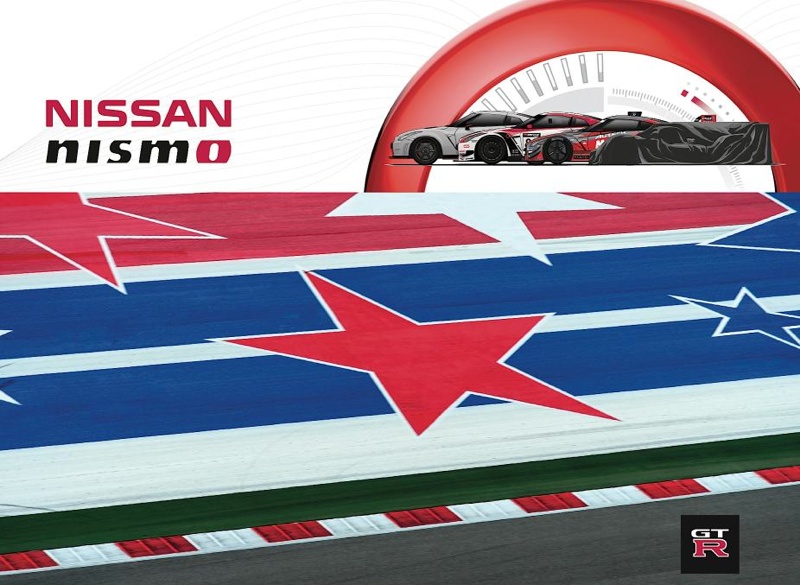 Former U.S. GT Academy winners Bryan Heitkotter (2011), Steve Doherty (2012) and Nick McMillen (2013) plus a number of other past American finalists will be given the chance to impress the new Nissan LM P1 team’s management.

The goal for Nissan’s LM P1 team was revealed at Circuit of The Americas at the U.S. round of the FIA World Endurance Championship and follows yesterday’s celebration of NISMO’s 30th anniversary.

Nissan’s new LM P1 team will have a base in the U.S., taking advantage of track facilities in the warmer southern states climate to test its new machine which will do battle against Audi, Porsche and Toyota from next year. The team is currently setting up its new U.S. home, refurbishing the former Indianapolis headquarters of Champ Car team, Forsythe Racing.

“All the U.S. winners of GT Academy have gone on to taste victory in major professional events around the world,” said Darren Cox, Global Head of Brand, Marketing & Sales, NISMO. “But we have also been blessed with some other amazing talents in every year of the competition – an embarrassment of riches really. Some of the guys who didn’t win have gone on to launch motorsport careers after using GT Academy as a kick start. We have our eye on some additional drivers that we would like to put through their paces again and see if we have somebody who could have what it takes to drive for Nissan in LM P1 at Le Mans.”

Nissan also announced that it will be the sole engine supplier for the new LM P3 class that will contest the European Le Mans Series from next year.

“Once we identify the most suitable GT Academy alumni, we will put him through an extensive program with the aim of putting them in an LM P3 car. LM P2 would be the next step at Le Mans; we’ll use every driver development tool we have to take them to the next level, but they will also have to step up,” Cox said. “It is going to take more than just talent to get them into an LM P1 car, but the opportunity will be there if they are prepared to work for it. Getting experience in prototype machinery will be a critical component of the development process. We already have a number of past GT Academy winners from Europe who we are looking at for the LM P1 program – many of whom have already raced in LM P2.”

The Nissan LM P1 team is very different. On the technical side, the squad has many nationalities: Americans, Brits, Frenchman, Brazilians and of course a large component of Japanese talent and experience.

The team will have a European base as well as operating from NISMO’s headquarters in Japan and a new home here in the U.S. in Indianapolis. Nissan’s team chiefs are keen to see an American driver on the grid here at Circuit of The Americas in the Nissan GT-R LM NISMO in 2016.