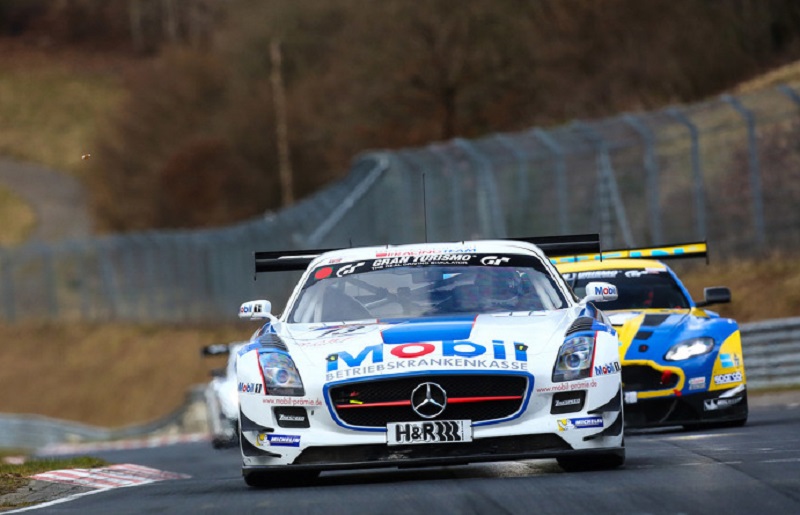 In a tragic accident, a spectator was killed yesterday at the Nurburgring, in a horrific crash. The fallout from the accident has resulted in a suspension of all GT3 and related class events at the iconic German track.

Yesterday, the opening round of the 2015 VLN season saw British driver Jan Mardenborough pilot his Nissan GT-R around the track, coming to the Flugplatz, where he spun off the track and flew over the barriers, where the car landed upside down in the spectator arena.

Though Mardenborough was seemingly uninjured and was able to walk away from the scene, a spectator was not so lucky. Despite the best efforts of medics and emergency personnel, one fatality was confirmed, among a host of injuries to other spectators.

In the wake of the crash, the race was ended prematurely, with no plans to restart it. DMSB, the German national motorsports federation, opted to place an immediate ban on cars of the SP7, SP8, SP9, SP10 and SP-X classes at the track; this translates to a rough ban of most FIA GT3 and GT4 classed cars.

Of course, many are wondering where this puts the 24 Hours Nurburgring that is scheduled to occur this May.

“We are all still deeply shocked and our thoughts are with the family of the victim.

The security of the participants and especially the spectators must be a top priority.

Therefore, we need to analyse the details of what happened, discuss and then implement the necessary measures.

Only after that vehicles with similar specs as the one in the accident can get back on the Nordschleife.”

Mardenborough is undergoing medical examinations, and his car has been impounded by German authorities, who intend to subject it to a rigorous analysis.