Lingenfelter Performance Engineering celebrates the television debut of the 2014 OPTIMA Batteries Search for the Ultimate Street Car as the race series arrives at Michigan International Speedway for the eighth race of the season on August 23-24, 2014.

The Lingenfelter sponsored Performance Design & Engineering Challenge is one of five competitive challenges that entrants must meet head-on in the pursuit of the OPTIMA Ultimate Street Car Series finale taking place at the Las Vegas Motor Speedway on Saturday, November 8. 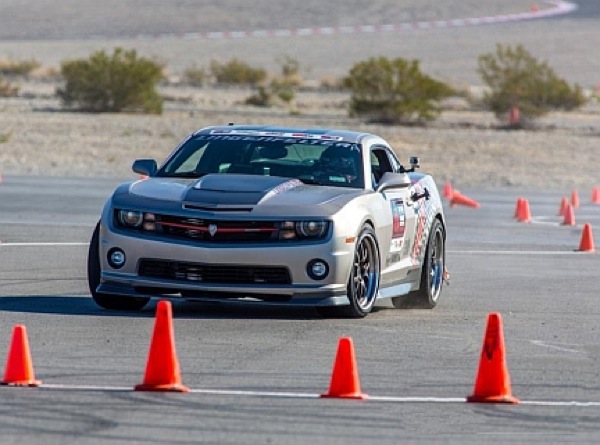 Fans can follow the chase for glory in a high-definition television broadcast on the MAVTV network, and by tracking the #becausestreetcar hashtag on Instagram.  MAVTV’s “Search for the Ultimate Street Car” television show, hosted by Bangshift.com’s Chad Reynolds, will film a special segment about Lingenfelter that will air on October 24.

“These are street-legal cars piloted by elite enthusiasts,” said Jimi Day, executive director and founder of the USCA, sanctioning body for the OPTIMA Search for the Ultimate Street Car events. “Lingenfelter is the perfect partner to host and judge the Performance Design & Engineering Challenge, because they are the experts in modern street-legal performance.”

“The lessons we learn in cooperation with drivers in this series carries over to our own street-legal performance parts line,” said Mike Copeland, vice president and general manager at Lingenfelter Performance Engineering. “Being able to compete on the country’s most prestigious racetracks helps us research how new technologies will perform under a multitude of challenging conditions.”

Spectator tickets and up-to-the-minute series standings are available at driveUSCA.com.