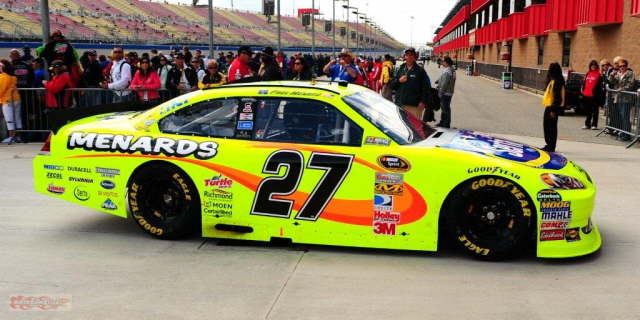 The MOOG Problem Solver of the Race Award is presented following each Sprint Cup event to the crew chief whose car posts the greatest second-half improvement in average lap time while finishing on the lead lap. After starting 21st, Menard and the No. 27 Chevrolet quickly advanced into the top 10 and briefly held the lead during the first 133 laps, then delivered a race-best 0.142-second-per-lap improvement over the final 200 miles to help Labbe earn MOOG Problem Solver honors.

“Slugger gave Paul the perfect chassis setup for today’s starting conditions and did an outstanding job of anticipating changes in the track throughout the afternoon,” said Federal-Mogul Motorsports Director Tim Nelson. “They had a fast car at the start, but Slugger and the Richard Childress team just kept making it better with each adjustment to their MOOG-equipped chassis.”

The top-five finish comes at the right time for the 27 team, which finished 32nd at Daytona and 23rd in last week’s race at Phoenix. The team sits 18th in Sprint Cup points.