Paul Yaffe, one of the most famous and renowned custom motorcycle builders in the world, is the featured builder in Art of the Ride, a motorcycle-themed exhibit at the Phoenix Airport Museum running until the end of May 2018. 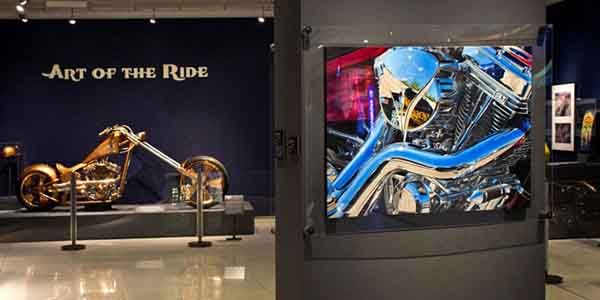 Combining photography, painting, and custom motorcycle builds and parts, Art of the Ride is a celebration of the passion and attitude that embodies motorcycle culture. The exhibit will feature two of Paul’s most-famous, spectacular builds: The Copper Chopper and Prodigy.

“I never would have thought my tinkering with motorcycles would lead to the kind of recognition I’ve received,” said Paul Yaffe. “But I’ve just followed my passion for bikes, and this is where it’s led me. I’m gratified and grateful to be featured in this great show.”

Aptly named, Prodigy sprung from the fertile mind of Paul Yaffe and was the product of much hammering, bending and machining of metal. It won the 2000 Roadster Show in Oakland, CA (the third straight year Paul won it), and even had a HOTWHEELS toy made after it. 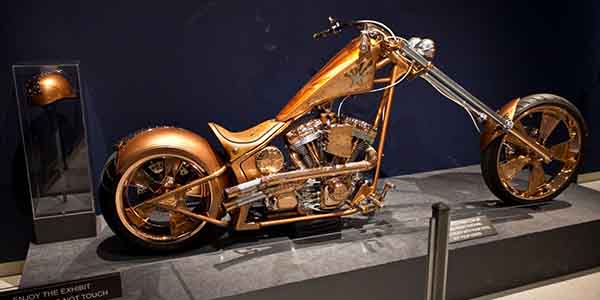 The Copper Chopper was built in 2010 and was featured in the State of Arizona’s official centennial celebration. Taking 8 months to construct, it was deemed by the Arizona Centennial Foundation as more suitable than a mascot, person or event to define Arizona’s history.

Paul’s first shop, American Legend Motorcycle Co., opened in 1991. Since then, Paul has enjoyed one of the most illustrious and influential careers in motorcycle and parts design and custom parts manufacturing. Today, Paul Yaffe’s Bagger Nation, together with Paul Yaffe Originals, is recognized as one of—if not the—preeminent custom bike building outfits and source for custom parts.

Art of the Ride runs from October 18, 2017, to May 28, 2018, in the Phoenix Airport Museum, located in Terminal 4, Level 3 Gallery, in the Phoenix Sky Harbor International Airport.