Pennzoil has announced a new relationship with extreme performance driver, Ken Block. The relationship will consist of the two collaborating and creating must-watch, exhilarating videos. 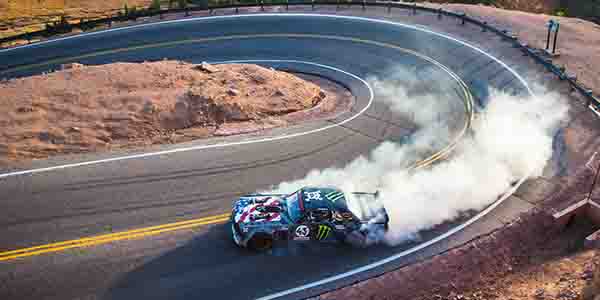 As the official motor oil of Ken Block and Hoonigan Racing division, Pennzoil is already planning several pieces of custom content featuring Ken and his legendary 1965 Ford Mustang Hoonicorn RTR V2. Pennzoil will power the Hoonicorn for the next iteration of the Gymkhana series, Climbkhana.

Ken got in front of the camera to explain how this relationship came to be and how he expects Pennzoil to help him climb to the top. There’s also some pretty cool driving…

Known for non-traditional driving, Block sought out a non-traditional motor oil that would bring out unrivaled performance from his engines. In testing with Pennzoil for Climbkhana, Block felt the difference of next level performance.