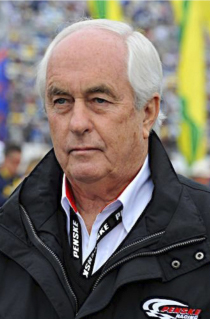 Roger Penske has announced that his company has bought a controlling stake of 51% in current V8 Supercars team, Dick Johnson Racing (DJR.) The team will compete under a joint banner and be labeled DJR Team Penske.

Current NASCAR driver and two-time V8 Supercars champion Marcos Ambrose will return to his native Australia to drive for the new DJR Penske team. Ambrose leaves his position with Richard Petty Motorsports to join the DJR Penske team. A second driver has not yet been chosen but will be announced soon. Ambrose is widely considered a racing icon in Australia, as he won 28 races across 65 rounds of the V8 Sueprcars championship from 2001 until 2005.

The team will field Ford Falcons for their bid, and the styling will resemble that of the incoming 2015 Falcon road car.

The move comes after Penske expanded his Penske Automotive Group business into Australia, picking up several commercial vehicle distribution businesses in the country.

Penske remarked on the decision:

“With our new business ventures in Australia, it makes sense to showcase our brands through the V8 Supercars championship and the opportunity to work with DJR and Marcos Ambrose convinced us to go forward.”