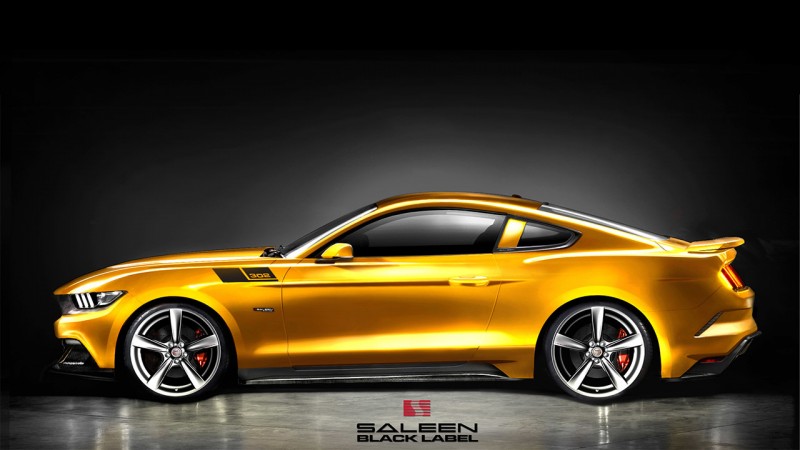 With the 2015 Mustang gearing up, the cadre of manufacturers famous for modifying the iconic pony car for the aftermarket are making sure not to be left out. Saleen’s variant of the 2015 Mustang, dubbed the S302, has just been unveiled to the public, including announcing the full specs of the vehicle.

Featuring the 5.0 liter Coyote V8 found in the Mustang GT, the engineers at Saleen have certainly had their way with the Mustang to get it up to their standards. The stock Mustang GT’s V8 puts out 435 horsepower and 400 ft. lbs. of torque. Saleen has modified the Mustang GT and offers three options to buyers. The first is the White Label trim, which boosts the power to 450 horsepower. Also included in the White Label are a new exhaust, a limited slip differential, a vastly improved suspension, a heat extracting hood, and a better rear wing.

Once you move up one in trim, you reach the Yellow Label, which adds a supercharger to boost power. Beyond the Yellow Label is the Black Label, which boosts the total power of the car to 640 horsepower and puts out 565 ft. lbs. of torque. The Black Label includes a center induction hood, side skirts, and a new rear fascia. Also included are a host of cosmetic upgrades and different coloring options.

Saleen has already started taking reservations for the 2015 S302, conveniently priced at $2,015.