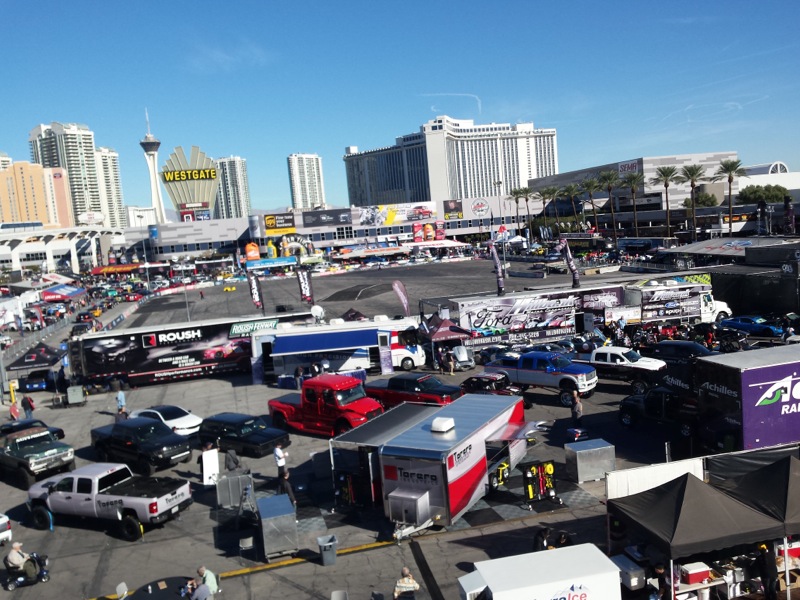 Las Vegas is known as Sin City for a number of reasons we won’t get into here, but during the first week of November, it is Mecca to the car crazy aftermarket. The show, in its 50th year, has been a trade-only event since the beginning when it opened with a handful of exhibitors gathered under Dodger Stadium in 1964. Hard to believe it had such humble beginnings looking at the mega-show it is today. All told, more than 140,000 industry professionals and buyers attend SEMA and AAPEX during the four crushing days of heavy foot traffic in nearly every exhibitor aisle.

This year show officials finally decided to let the public experience some of the glitz and glamor with a cruise called SEMA Ignited held at the LINQ just after the show was closed down on Friday night. The traffic backed up for a couple of hours but it was worth the wait. Celebs, hot cars, music and food trucks made for a great ending to an already successful show.

The SEMA Show is the premier automotive specialty products trade event in the world. It draws the industry’s brightest talent and hottest products to the Las Vegas Convention Center. The SEMA Show provided attendees with educational seminars, product demonstrations, special events, networking opportunities and more. New displays, exhibits and services included the SCORE Baja 1000 Experience (featuring a qualifying event for the race), and Gold Lot activities including a live build by Chip Foose for the Velocity Network’s Overhaulin’ and the Snow Zone featuring products for winter use. The AAPEX show, at the Sands Expo, was the second “big show” of  Automotive Industry Week, which focused on driving new business throughout the $395 billion global motor vehicle aftermarket.