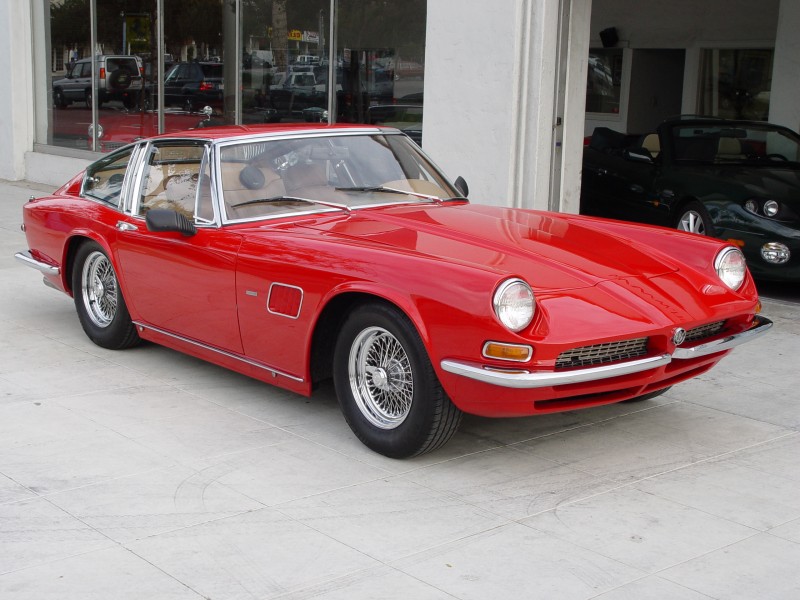 If you were able to identify this one by the picture, give yourself a pat on the back. What you see here is a 1968 AC Frua coupe. The Frua was produced by AC Cars of England, the same company that produced the Shelby Cobra bodies, between 1965 and 1973. Seen here is one of only 81 examples of the model built.

Powered by a Ford sourced 7.0 liter V8 with 345 hp, the Frua was availed with either a 4-speed manual or a 3-speed automatic transmission. The entire model was a relic of the Cobra though, using a stretched AC Cobra chassis. Designed to compete with Ferrari and Maserati, the Frua jetted to 60 mph in a respectable 6.2 seconds.