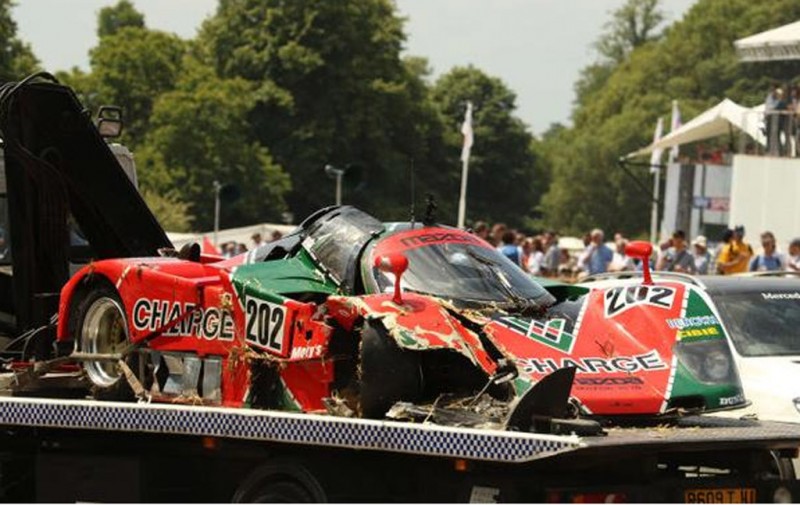 Mazda had a strong showing at the Goodwood Festival of Speed, including a 131 foot sculpture. However, one aspect of the Mazda showing was seemingly less glorious.

The Mazda 767B was a Le Mans prototype racer that preceded the more famous 787B, which won the 24 Hours of Le Mans in 1991. Unfortunately, when competing in the famous Goodwood hill climb, a specimen of the 767B was crashed. The 787B was more of an experimental racer with a four rotor rotary engine design that competed in the 1989 24 Hours of Le Mans, as a prelude to the more successful Mazda racing effort in the early 1990s.

No one was injured, thankfully, but the race car is ostensibly in pretty bad shape.