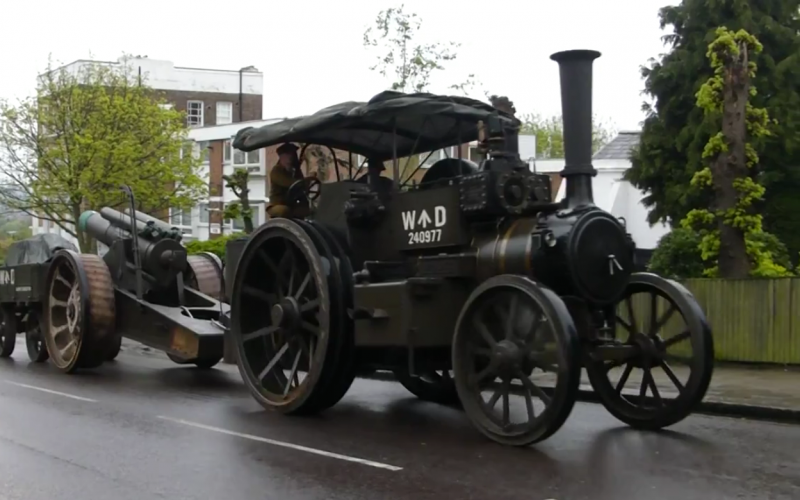 Just as the first trucks were making their way around the U.S. in the pre-World War I era, some in England were still attached to the concept of steam power, crafting massive steam-powered road vehicles to do their heavy hauling. In fairness, the massive vehicles, called “road locomotives,” probably were much more capable of pulling heavier loads than standard trucks.

The rig seen here was produced by J&H McLaren & Co, who made steam cars and tractors before switching to diesel power. The video below depicts the above road locomotive pulling a canon up the streets of London during a recent event- still running true a century later.