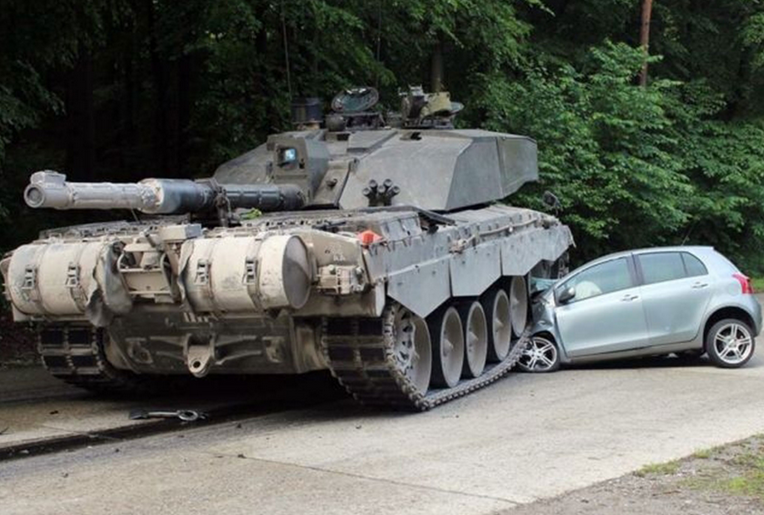 Ever hear stories about the guy who thought he could beat the semi-truck into the next lane? Well, things got a whole lot more intense than that on a roadway in Germany yesterday. A British Army tank driving on German roads was unable to stop in time to prevent it from destroying a woman’s car.

The 18 year old German student accidentally turned left in front of a convoy of British army tanks driving from their base to a training exercise via the public roads. Reportedly, the driver didn’t see the column until it was too late. Luckily, the driver of the tank was able to slow and divert his course in time to avert killing the driver, but her Toyota hatchback was not so lucky.

The 62 ton Challenger II tank was unscathed, but the Toyota is in much worse shape. Around $13,000 of damage was done to the car, which very likely exceeds the value of the vehicle.

Though no fingers have been pointed, it seems common sense that when driving, it is wise to stand down to a convoy of tanks, no matter who has the legal right of way. And of course, we’re wondering if “crushed by a tank” is an option you can check on an insurance claim.