Marketing is one of the biggest aspects today for just about every person, place, or thing in the world. Whether you are starting a new company, campaigning for sponsorship, or if you like that new girl at school it all comes down to how you market yourself not only in person, but on the internet too. 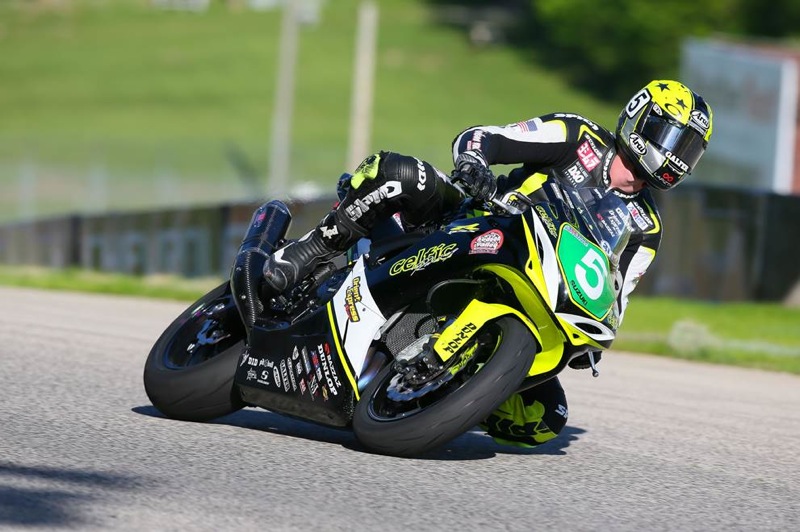 I realized the importance of marketing at a pretty young age. I guess you can say I was born with racing blood in my veins. In fact, I’m the second generation to be raised inside the doors of my family’s motorcycle dealership; Hudson Valley Motorcycles located in Ossining, New York since 1966. My father and uncle both grew up racing and work at the dealership. My grandfather, father and uncle all took their love of racing as well as motorcycles and learned how to turn it into a marketing opportunity. It is from them that I learned very quickly how important it is to market yourself.

Before I could hardly tie my shoes I was riding a motorcycle. I think I was about 3 years old and I had already abandoned those lame training wheels. On my 5th birthday I got my first motocross bike, a JR50. Racing was a natural thing for me, but it was never super serious or something that I was bred to make a career out of. It wasn’t until I began road-racing at 13 years old that the possibility of racing for more than just fun became a reality.

During the summer of 2008 Red Bull started its own racing series for the best youth road-racers in the western hemisphere. You had to go through a selection process to find out which 23 riders of more than 2,000 would make the cut. I never had really tried this style of riding before, but somehow I was the third youngest rider to be picked. Before I knew it, I wasn’t just a typical 13-year-old kid; life was off to a speeding start, literally. I started traveling the country attending national races with upwards of 30,000 people per weekend in attendance, photographers and reporters around, and even my own fans. Just as Red Bull was looking to market its drinks to the crowd that attended, I realized I had to start marketing myself as well.

Fast forward to 2014 and I’m now AMA Pro SuperSport East Champion. I have had a series of pretty high profile sponsors from Jordan to the National Guard. Most importantly along the way I’ve learned how valuable it is to be marketable. Company’s today care more about how the public will appeal to someone or something opposed to exactly how good their results even are. Even if you can’t play the part you can still look it and be somewhat successful! Growing up in a sport as well as the public eye you quickly learn to understand marketing and find the things that make you marketable.

Amongst my upcoming racing career, I still attended high school and lived a pretty normal life off the track.

Also, growing up during the beginning of the true digital age of social media, with an emphasis on your virtual appearance and figure, I quickly adapted a sense of how I wanted to portray myself, which was in the best possible way. Thus I quickly taught myself how to use programs like Photoshop to edit my selfies before “filters” and Instagram were even a thought. Social media has been growing and changing alongside me. So, when I first started a Myspace page I needed to learn how to make my own html layout to get the look I thought to be “cool.” 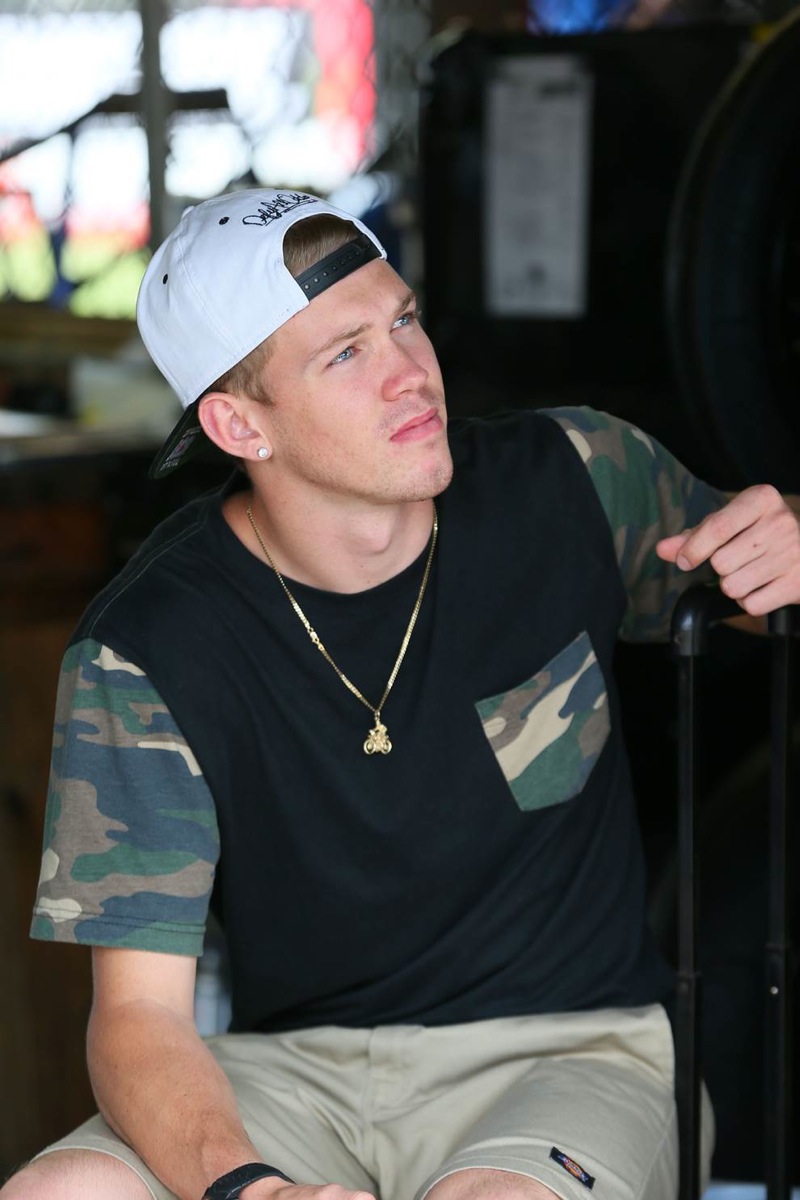 Today, Facebook, Instagram and Twitter lead the social media charge. But, I’ve built a pretty decent following all with my own touch of creativity. Controlling the look and feel of these pages is important to me. They help define who I am to my fans and give us a common ground where we can meet and interact in a stylish way. In the meantime I’ve also begun to run/design/market my own clothing company called Defy All Odds Apparel. Little did I know growing up how important all of this would be to my future.

Over the years I’ve learned how crucial it is when you are developing your “brand” that you keep your personal and professional life online separate.

Words travel much further on the world wide web and can never be taken back. I’ve also come to the conclusion that the appeal is as important via looks as it is ability. It’s also amazing how much you can utilize things like the Internet to market and network yourself. For instance, last spring I was in a store in Florida looking at watches and came across a display with a selection of motorsports inspired watches. The company that made them is called LAPIZTA and its motto is “We are extreme. We are bold. We are passionate.” I thought, ‘Hey, that fits with my brand. Maybe they need someone to represent them like myself; plus some awesome watches on my end sounds good.’ So I contacted them through Twitter and the next thing I knew I was an “ambassador” of the brand and got to wear its motorcycle inspired Accentor watches. Some other “LAPIZTA ambassadors” include Helio Castroneves, Joel Miller, Cameron Twynham, Johan Mora and Jose Andres Montalto; good company I’d say. 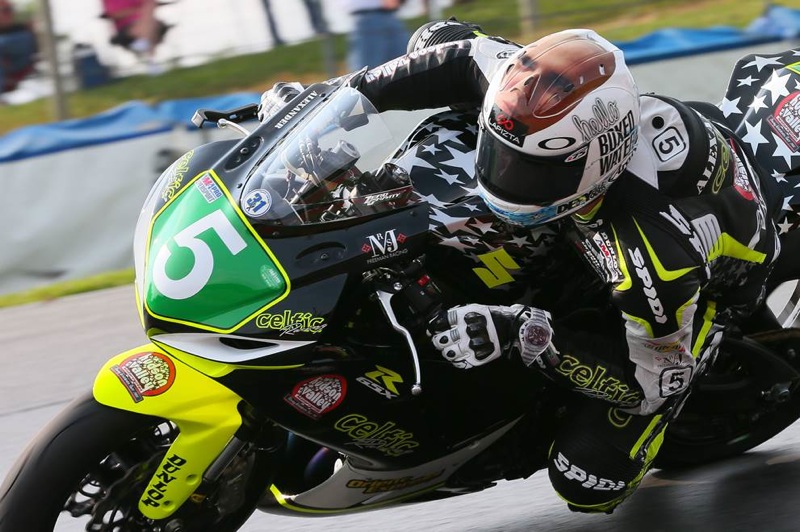 If I’d never built the foundation of my brand from age 13 to 19, I may never have been able to make the connection between myself and LAPIZTA. But since I did the leg work earlier, it made perfect sense for me to include LAPIZTA now as one of the brands I will grow alongside with.

My advice is to start as young as you can. Take advantage of your youth. In today’s world it’s not just how good you are, but whether you’re the whole package. Find what you love and cultivate it. Be aware of your public image and keep your personal life personal.

Corey Alexander is a 20-year-old professional motorcycle racer born and raised in New York and one of the nation’s top up and coming racers recently crowned AMA Pro Supersport East Champion. Corey is also the owner and creative director at Defy All Odds Apparel, a lifestyle-based action sports influenced clothing company for those who #DefyAllOdds. Learn more about Corey, his clothing company and his racing via: @corey5alexander on Instagram & Twitter, http://corey23.com or http://fb.me/corey5alexander