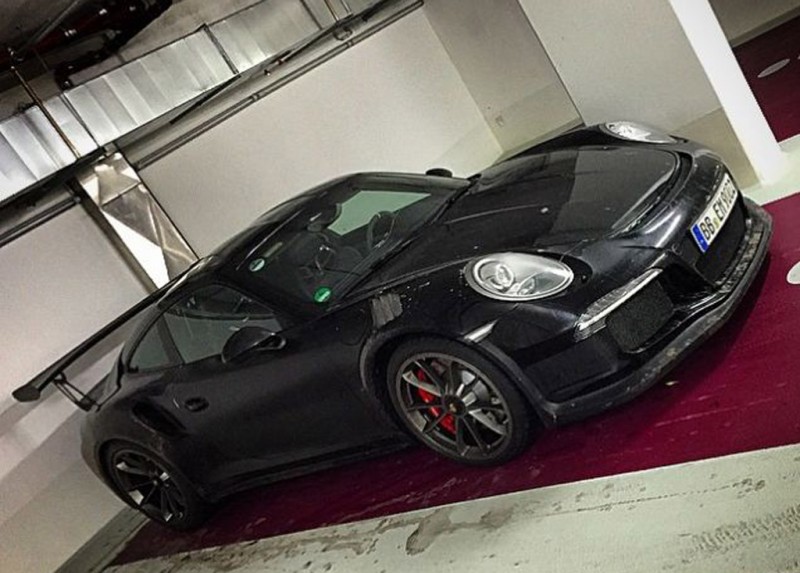 The 2015 Porsche 911 GT3 RS has been hotly anticipated by the Porsche aficionados of the world. We’ve seen a couple of spy shots, as well as a scale model, but so far, we haven’t gotten a look at the full car. Well, thanks to Instagram user Johan9ff, now we have.

The car was apparently photographed in a secluded parking garage somewhere in Germany, and the pictures were posted to the aforementioned user’s Instagram profile, before making their way onto Jalopnik. The car looks pretty well worn, so its probably one of the earlier test mules.