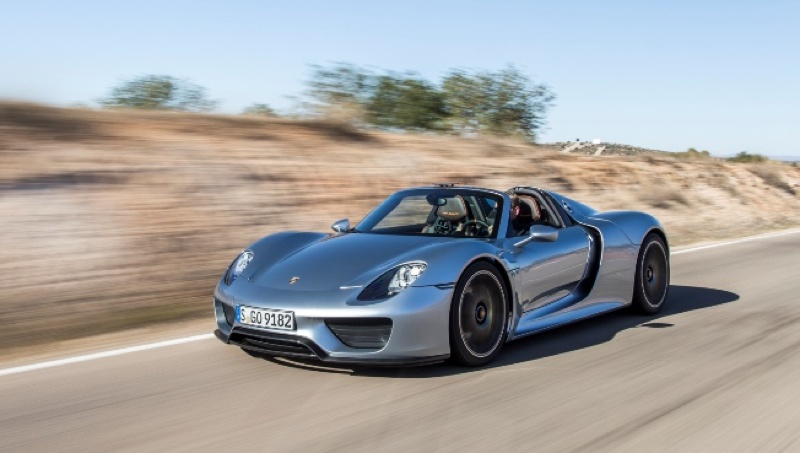 On January 19 at the North American International Auto Show, Robb Report presented Porsche Cars North America’s President and CEO, Detlev von Platen, with the 2015 Car of the Year award for the Porsche 918 Spyder. Captivating the judging panel with its state-of-the-art technologies, unparalleled performance, and plug-in hybrid efficiency, the 918 Spyder shined amongst the 13 competitors with the largest margin of victory ever recorded in the 22 year history of the award.  The 918 Spyder will be featured on the cover of the March issue of the luxury lifestyle magazine when it hits newsstands on February 24th.