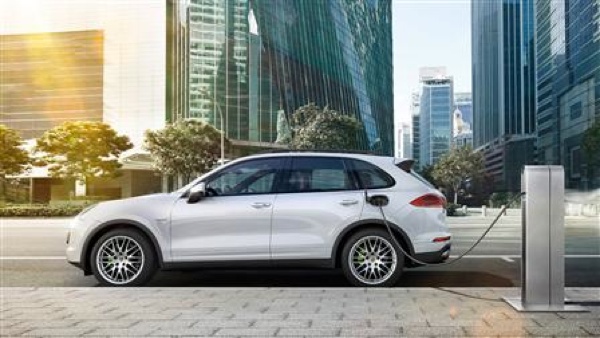 In addition to the Cayenne S E-Hybrid, Porsche is presenting the other models that comprise the new generation of Cayenne including the Cayenne S, Cayenne Turbo, and Cayenne Diesel. Increased efficiency and performance, even more precise handling, a sharper design and a broadened array of standard equipment are its defining features.

Leading the effort to improve fuel economy and reduce emissions, the new Cayenne S E-Hybrid sets a benchmark in efficiency, allowing driving on pure electric power, while accelerating from 0 to 60 mph in just 5.4 seconds, thanks to a combined system output of 416 hp. This powertrain has already been widely accepted by consumers: Of the 16,698 Panameras that have been delivered to customers worldwide during the first eight months of 2014, 1,513 were Panamera S E-Hybrids – which amounts to a model share of 9 percent. In the United States, the E-Hybrid makes up 16 percent of all Panameras sold through August 2014. Porsche expects a significant market share for the Cayenne S E-Hybrid as well.

The Porsche Cayenne S E-Hybrid will be presented to the general public for the first time on October 2 during the official Porsche press conference at the Paris Motor Show. This conference will be broadcast live on the internet (www.porsche.com/paris) and via satellite. Cayenne Diesel, Cayenne S and the top-of-the-range Cayenne Turbo will also be shown.