According to Porsche, many owners of its classic sports cars have been longing for a navigation and entertainment system. Consequently, the German company is availing an all new system for models ranging from the 1960s up until the 1990s.

Introduced by Porsche Classic, the branch of the company dealing with accessories and services for models over ten years old, the system contains a 3.5 inch touch screen, which replaces the radio, fitting right into the center DIN-1 slot. The system contains full Bluetooth connectivity and even sports USB ports for charging and device connection. The system has full navigation capabilities, with modern maps stored on a microSD card which can be readily updated.

Many are complaining about the small nature of the screen; at a mere it 3.5 inches, it looks minuscule. However, it is important to remember that the task of developing a system that would be compatible across nearly half a century of model ranges is an enormous one. The system is available from Porsche for a rather expensive $1,500, but Porsche claims it is rather easy to install.

The above video clip released by Porsche Classic shows some of the features and functionalities of the new device. 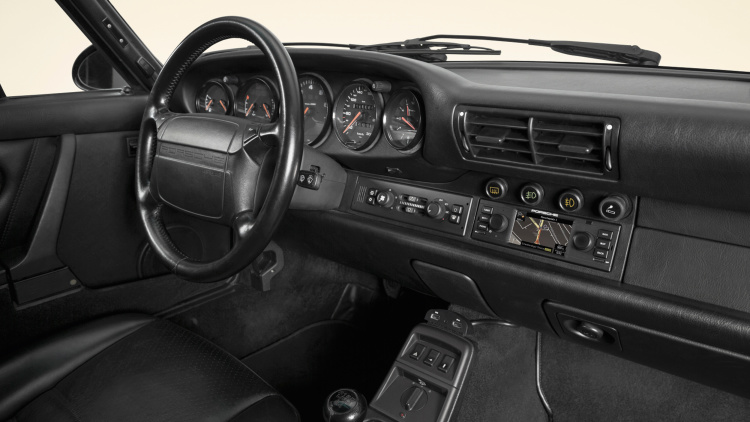