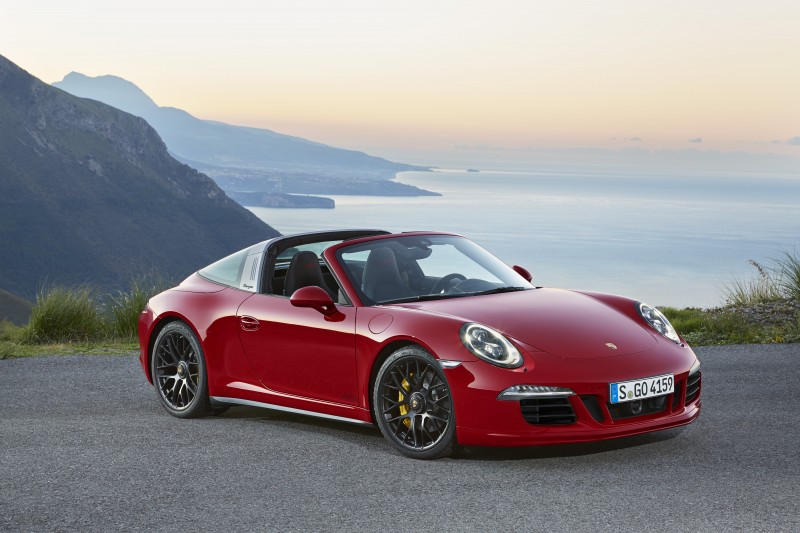 Porsche unveiled two new models at the North American International Auto show yesterday- the 911 Targa 4 GTS and the Cayenne Turbo S. The subject of much anticipation, the 911 Targa 4 GTS certainly didn’t disappoint the crowds gathered in Detroit. The specimen unveiled was a stunning red, presided over by Porsche chairman Matthias Muller. 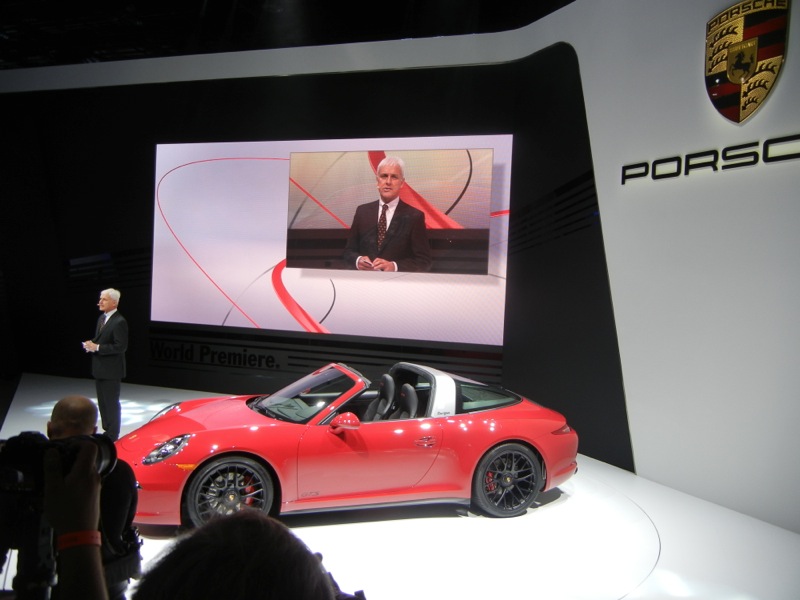 The 911 Targa 4 GTS offers two options for transmission, including both seven speed manual and seven speed dual clutch variants. The dual clutch achieves a 0-60 mph acceleration time of 4.1 seconds, compared to the manual’s time of 4.5 seconds. The car weighs in at approximately 4,300 lbs, and top speed is around 188 mph for both model variants. 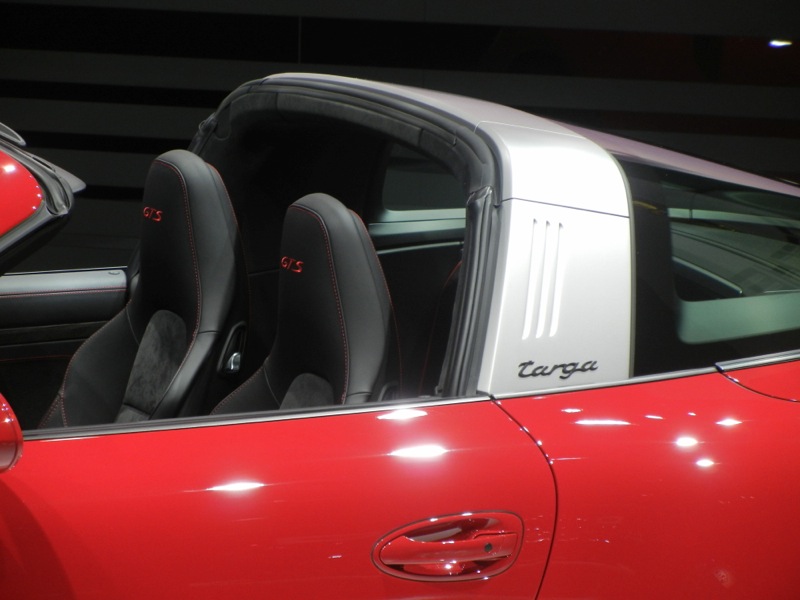 The 4 in the name denotes an all-wheel drive configuration. Massive 20 inch wheels are brought to a stop by 4-piston aluminum monobloc calipers in the rear and six piston calipers in the front, gripping 330 and 340 mm rotors, respectively.

The Porsche 911 Targa 4 GTS will go on sale soon, with deliveries beginning in April. Pricing will start at approximately $134,000.