The fastest and most powerful Porsche street-legal 911 Model to date is ready for launch. The new 2018 Porsche 911 GT2 RS celebrated its official world premier at the Goodwood Festival of Speed. 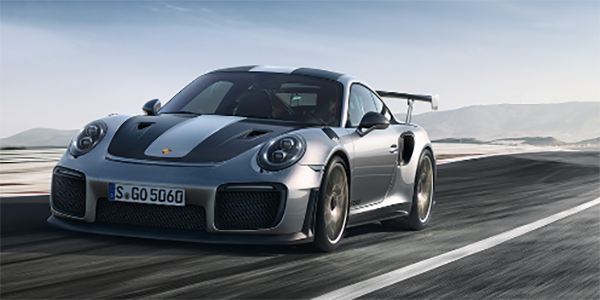 Powering this high-performance sports car is a 700-horsepower twin-turbo flat-six engine, allowing the car to accelerate from zero to 60 mph in 2.7 seconds. Surpassing the 2011 911 GT2 RS by nearly 80 horsepower and an increase of 37 lb.-ft. of torque, the new 911 GTS RS can reach a top speed of 211 mph.

In order to increase performance, larger turbochargers push an increased volume of air into the combustion chambers. Additionally, a new cooling system delivers optimum cooling at peak loads by spraying water on the intercoolers when the intake air temperature reaches a determined threshold. This reduces the inlet temperature under boost and allows for optimum power output, even under extreme conditions. The specially developed lightweight titanium exhaust system weighs around 15 pounds less than the system used in the 911 Turbo and delivers a particularly emotional sound.

To celebrate the debut of this high-performance sports car, Porsche Design is releasing a special issue watch alongside the car. The Porsche Design 911 GT2 RS watch is exclusively available to owners of the new vehicle and can only be ordered in conjunction with the new GT model. 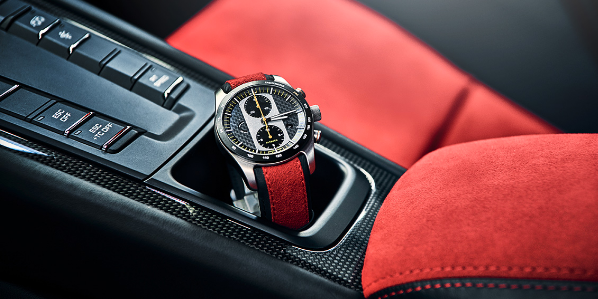