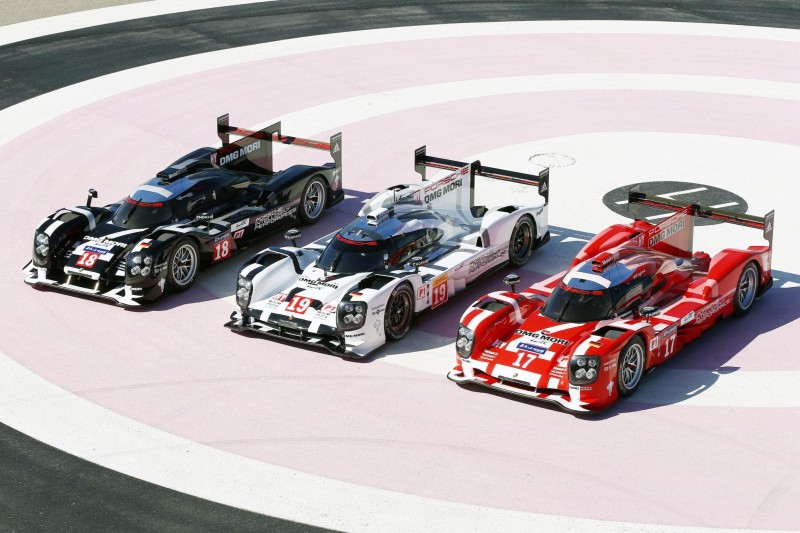 Porsche presented the second generation of its Le Mans Prototype 919 Hybrid race car as a technical evolution in a three-color concept. Porsche also confirmed it will switch to the highest of the four energy categories in the LMP1 class. The performance of the energy recovery system was able to be increased by around one-third as compared to 2014. This means the 919 Hybrid is competitive to race in the 8-megajoule category. The new revolutionary WEC regulations, which went into effect in 2014, call for the use of powerful and innovative hybrid drive systems – and this was actually the main reason why Porsche decided to return to the world of top-level motor racing.

The Porsche team will use two of its extensively further developed technology platforms in all eight races of the FIA World Endurance Championship (WEC). The cars will be white and will also carry the “Porsche Intelligent Performance” motto on their bodywork. This also applies to the team’s third 919 Hybrid, which will race at Spa-Francorchamps on May 2. However, for the high point of the season – the 24 Hours of Le Mans on June 13–14, 2015 – the team will send a white, a black and a red Porsche 919 Hybrid onto the circuit.

Although the basic concept of the Class 1 Le Mans Prototype (LMP1) was retained in the second generation, virtually every component was refined. The ambitious goals for the next evolutionary stage were to make the vehicle more efficient, more rigid, easier to handle, lighter and yet more robust.

The 919 is equipped with a 2-liter V4 turbocharged gasoline engine with an output of more than 500 hp, which powers the rear axle, and an electric motor with over 400 hp that drives the front wheels and gets its electricity from two energy-recovery systems. A liquid-cooled lithium-ion battery temporarily stores converted braking energy from the front axle as well as converted exhaust-gas energy. The reworked drive system is more powerful and more efficient than before. The Porsche 919 Hybrid was homologated for the top energy-recovery category (8 megajoules for one lap in Le Mans) for the first time in 2015. 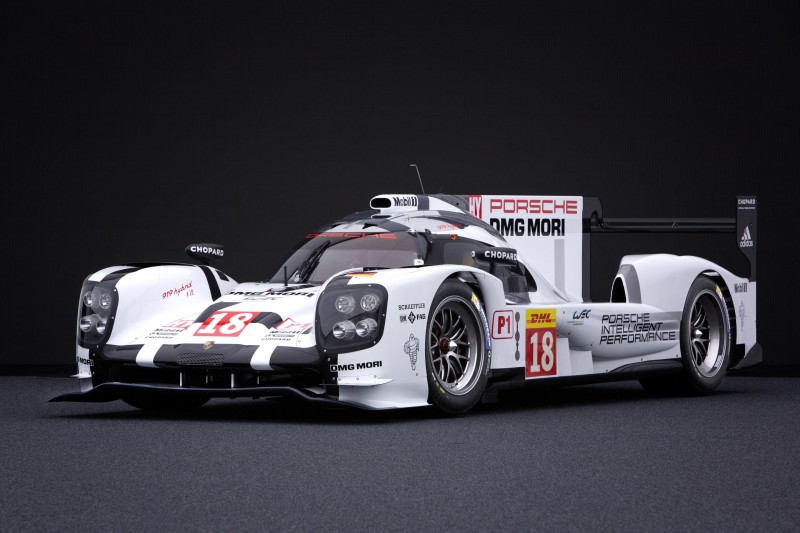