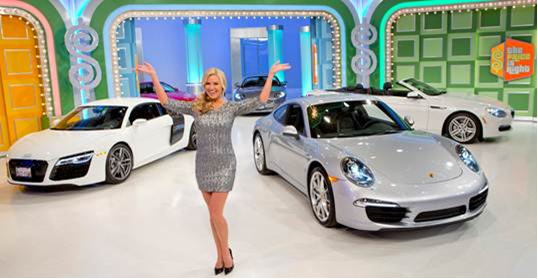 Start your engines! For the first time ever in the show’s history, The Price Is Right will be running a once-in-a-lifetime dream car week! Beginning Monday November 18th, on the CBS Television Network, contestants will have the chance to play a pricing game for the chance to win a dream car each day of the week.

The luxury vehicles, combined worth more than $500,000, include a Porsche 911 Carrera, a Mercedes-Benz SL 550 convertible, a BMW 640i convertible, a Jaguar XK touring convertible and an Audi R8 V8 Coupe Quattro. In addition, contestants will have the opportunity to win more than a million dollars in cash and prizes!

“Dream Car Week” will feature the following stars from The Young and The Restless as special guest models: