The introduction of a new Aston Martin engine is always something special. When that engine has been created for a new Aston Martin model it’s a true landmark. Recently, at the Aston Martin Engine Plant (AMEP) in Cologne, Germany, just such a landmark has been reached with the DB11’s new 5.2L twin-turbo V12 entering full production. 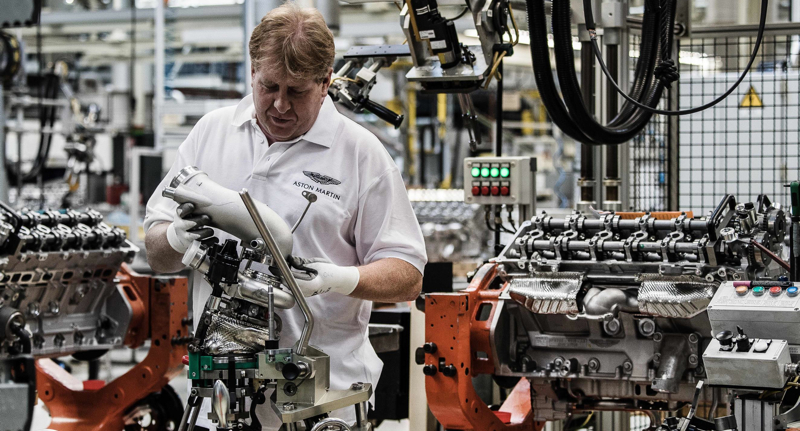 Designed in-house this new engine develops 600 hp and 516 lb.-ft. of torque, making DB11 the most powerful production DB model ever. It’s also the fastest and most accelerative, too, with a top speed of 200mph and a 0-62mph time of just 3.9sec., while intelligent cylinder bank activation and stop-start technology ensures that potency is matched by greatly improved efficiency. 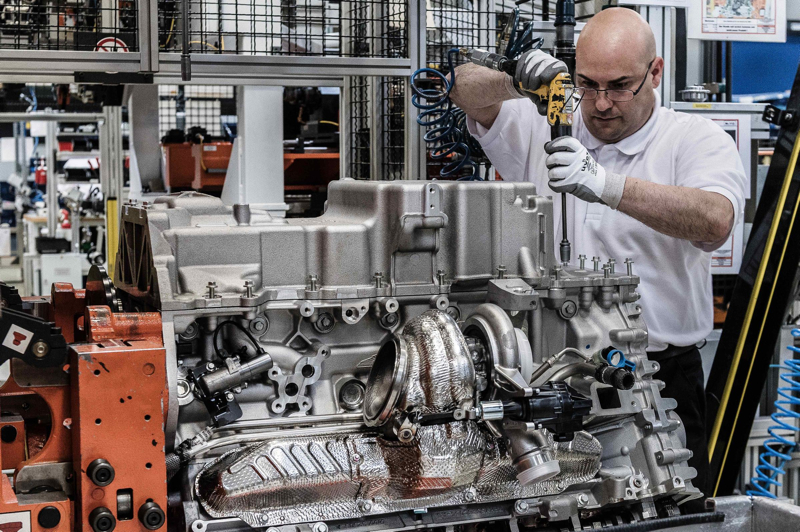 Opened in 2004, the AMEP is a dedicated, state-of-the-art facility created solely for the production of Aston Martin power plants. Workplace for over 100 highly-trained employees, the 12,500 sq meter production hall is divided into four distinct areas: One for the machining of the engines’ cylinder blocks, one to machine cylinder heads, an assembly area where a team of specialist technicians meticulously hand-build the engines and one for receiving components and shipping completed engines. Production of the 6.0L V12 and 4.7L V8 engines will continue at AMEP. 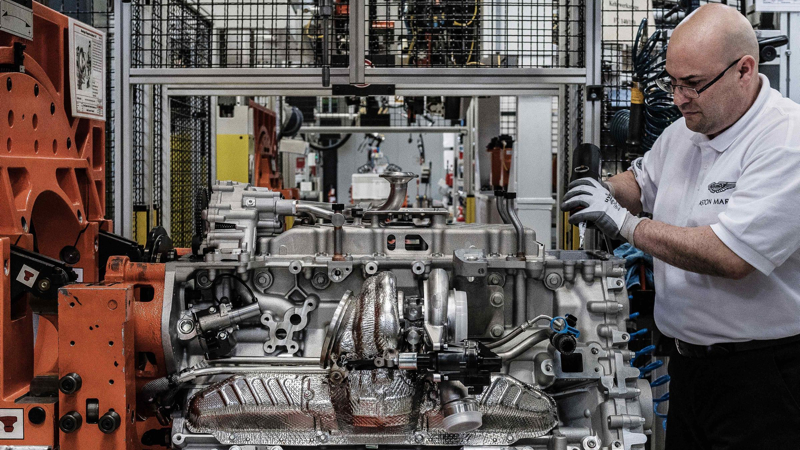 To ensure the highest levels of quality and consistency, one engine assembly technician will build each engine, following the process through from start to finish. It takes a total of 8 hours to build one V12 engine and the AMEP has a production capacity of 8,000 engines a year. Once completed, each engine undergoes stringent cold and hot testing within the AMEP facility, and only when it has satisfied the various test criteria is it released for shipment to the Aston Martin Headquarters in Gaydon. 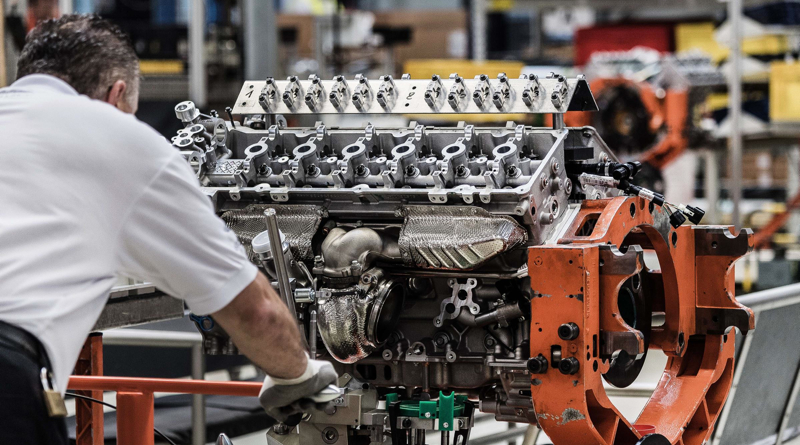 Brian Fitzsimons, Aston Martin Chief Engineer, Powertrain, says of the new engine entering production: “To see this new engine go into full production at AMEP makes me very proud. Designing and developing the 5.2L twin-turbo power plant has been an all-consuming passion for me and my team. Knowing that the end result would be built with meticulous care in a truly state-of-the-art facility such as AMEP was an added motivation. It’s a hugely exciting time to be an engineer at Aston Martin, not least because this is just the beginning for the new twin-turbo V12.” 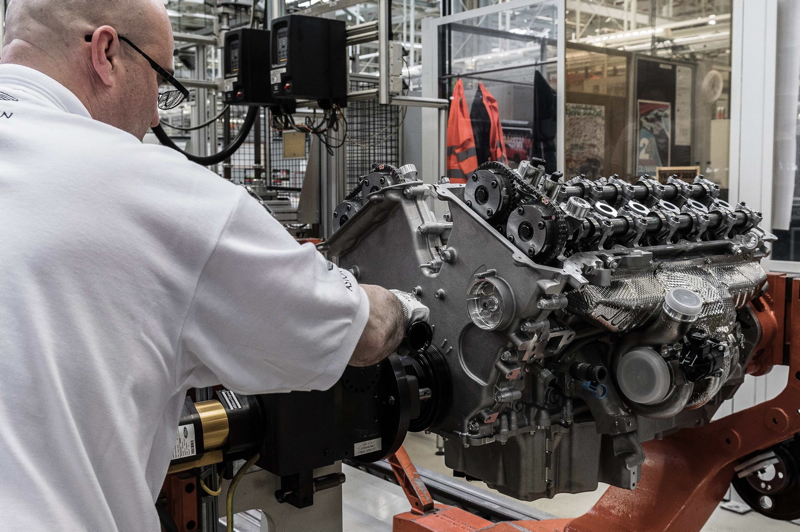 Dr Andy Palmer, Aston Martin President and CEO, commented: “AMEP is one of our great success stories and one of the jewels in the Aston Martin crown. To have the ability to design and then manufacture our own high-performance engines in-house is something very special. It gives us ultimate control of quality and that all-important character for which Aston Martin cars are renowned. I have no doubts that our new twin-turbo V12 is the start of an even greater era of success.”

Recommended retail price is $211,995 and first deliveries of the DB11 are scheduled to begin during the fourth quarter of 2016.