Project Overlord, is paving the way in anti-theft technology for vehicle wheels, with its new Wheel Anti-Theft  Mobile App – RimTech.

With devices like built-in GPS, On-Star, and LoJack, car theft statistics have been declining as technology’s been improving. Since 1991, car theft has decreased by 65%. Now thieves have been reduced to settling for the wheels of vehicles due to the fact that they’ve been untraceable.. until now! 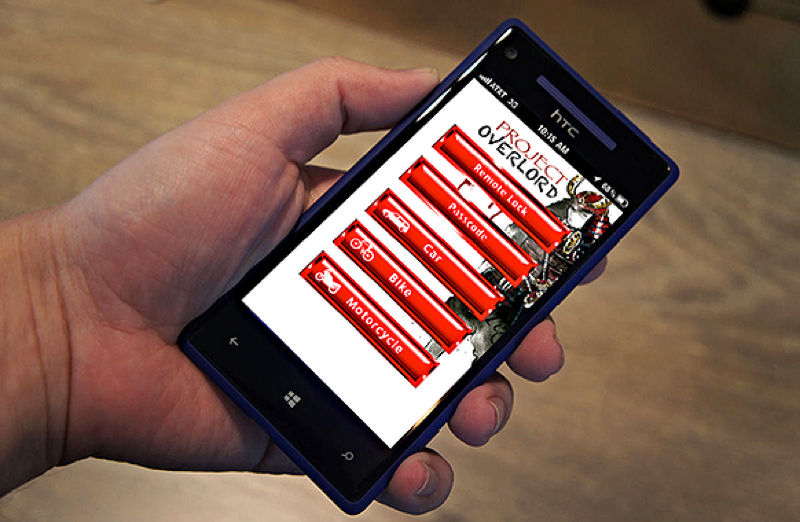 According to a 2012 Yahoo! News article, “Tires and wheels offer a near-perfect combination of attributes to thieves. They’re easy to haul, quick to remove, untraceable on online auction or classified sites, and frequently usable on several different vehicles, with a value that can hit $3,000 a set.”

Stealing wheels is the easiest of the thefts. A New York Times article stated, “If you know what you’re doing it can be done pretty quickly – in a matter of a minute or two. The wheels are long gone and have no way of being found.”

New York Newsday published an article explaining that the wheels very often are stolen while the car is parked in their own driveway.  “If you watch NASCAR, you can see how fast people can take these tires off.”

Project Overlord, contracting former Nokia developers, designers, and department heads from Nokia’s GPS and Mobility division, has now created RimTech. RimTech is the answer to tracking wheels so thieves can’t get away with it. A wheel tracking device with corresponding mobile app helps end this ongoing wheel crime spree of late.

RimTech, crowdfunded by an IndiGoGo campaign set to launch on March 17th, 2015, will be a small device inserted on the tire that is registered to an app on your smart phone. The device is activated and alerts the owner of movement when tampered with.  The device will sound an alarm, to deter the thief from taking the wheel. The police are notified upon movement around the wheel with a two-stage alarm, which will prevent false police calls. Both the police and the vehicle owner can track it to 10ft of the wheel location.

People interested in investing are encouraged to support the IndieGoGo campaign to help launch the RimTech device in October. Donators are thanked for their endowment with gifts and early access for FREE to the device and app, which will retail for $329. Those donating in the higher bracket will be thanked with a round trip ticket, hotel, and Chauffeur driven visit to the corporate offices to meet and have dinner with the Project Overlord staff in Washington D.C.