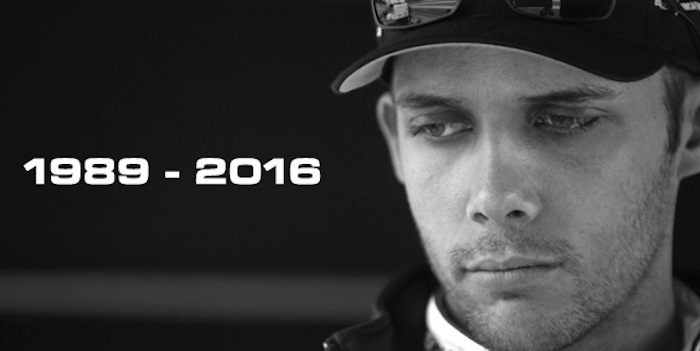 Bryan Clauson was happiest when he was behind the wheel of a race car. In fact, the happiest day of his life may have been earlier this year on May 29, when he had his best Indianapolis 500 finish in the afternoon and drove a sprint car to the feature victory at Kokomo (Ind.) Speedway that night.

Clauson, 27, died Sunday, August 7, from injuries sustained in a crash the night before at the Belleville (Kan.) Nationals midget race on the half-mile dirt oval. Clauson was airlifted to Bryan Medical Center in Lincoln, Neb., but did not survive. 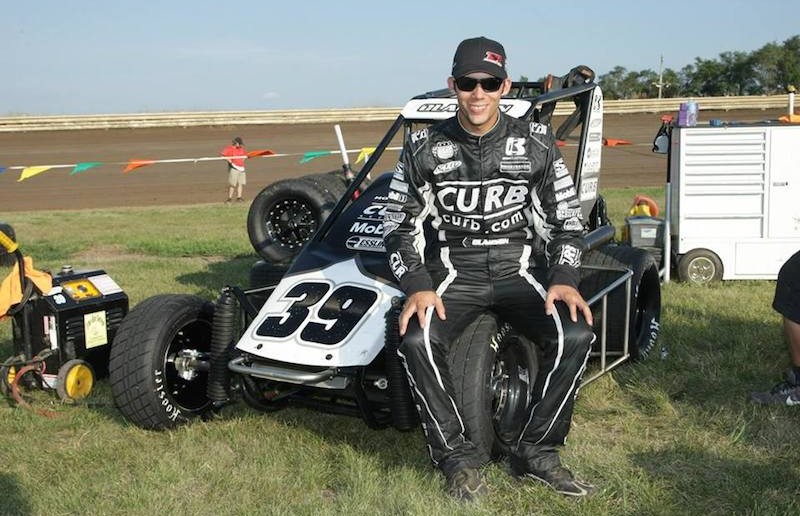 “This is certainly a sad day for the racing community as a whole, and on behalf of INDYCAR and the Indianapolis Motor Speedway, we send our deepest condolences to the family of Bryan Clauson,” said Mark Miles, CEO of Hulman & Co., the parent of INDYCAR and Indianapolis Motor Speedway. “Anybody who witnessed Bryan behind the wheel of a race car can attest to his elite ability, relentlessness and unbridled willingness to race anything on wheels. While he’ll be remembered most as a legend of short-track racing, his participation in the Indianapolis 500 exemplifies his fearlessness, true versatility as a competitor and the pure depth of his talent as a driver.”

Clauson, a resident of Noblesville, Ind., was considered the nation’s top short-track dirt-car driver with four U.S. Auto Club national championships – two in sprint cars and two in midgets – as well as wins in prestigious events the likes of the Chili Bowl, Turkey Night Grand Prix and Belleville Nationals.

In the mold of old-school racers like A.J. Foyt, Gary Bettenhausen and Tony Stewart, eager and willing to race anything anywhere, Clauson set a goal in 2016 of competing in 200 races, including the 100th Running of the Indianapolis 500 presented by PennGrade Motor Oil. Driving the No. 88 Cancer Treatment Centers of America Honda for Dale Coyne/Jonathan Byrd’s Racing, Clauson finished a career-best 23rd in this year’s Indy 500 and led his first laps in the historic race.

Saturday’s race at the Belleville Nationals, where Clauson was the defending champion, was the 116th on his trek toward 200. He picked up his 27th feature win this season in the midget race Wednesday night at Beloit, Kan.

“Short-track racing has always been the heart and soul of auto racing in America,” said Doug Boles, Indianapolis Motor Speedway president. “Bryan Clauson combined his passion and enthusiasm for grassroots racing with a God-given talent that made him the favorite to win every time he got in a midget or sprint car. And he proved on the world’s largest racing stage – by leading three laps in the 100th Running of the Indianapolis 500 – that he could use that talent in just about anything with wheels.

“More importantly, he possessed a humility and character out of the race car that made him a person that fellow competitors and fans alike enjoyed being around,” Boles added. “His spirit, his positive outlook and his thrilling talent will be missed by the entire racing community. The thoughts and prayers of everyone at the Indianapolis Motor Speedway are with the Clauson family in this difficult time.”

“It is with extreme sadness that we must accept this devastating news,” said USAC CEO/President Kevin Miller.  “This is one of the darkest days in the history of the United States Auto Club. Not only have we lost one of our greatest USAC Champions, we have lost a true ambassador for all of motorsports.  Bryan’s passion for our sport was unparalleled.  He was a leader not only on the track, but in the pits with his fellow competitors. There is a tremendous hole in the hearts of our community today as we grieve his loss along with his family and friends.”

Clauson won the scholarship award again in 2012, allowing him to make his Indianapolis 500 debut in 2012 with Sarah Fisher Hartman Racing, qualifying 31st and finishing 30th. Clauson returned to Indianapolis Motor Speedway in 2015, finishing 31st in the Indy 500 for KVSH/Jonathan Byrd’s Racing.

“NASCAR extends its sincere condolences to the family and friends of Bryan Clauson, a passionate competitor whose love for racing fueled his unmatched positive spirit,”  said  Steve O’Donnell, NASCAR Executive Vice President and Chief Racing Development Officer. “He was a dear friend to many in the racing community, and he was loved and respected by all who knew him. He touched the lives of so many in our motorsports family, and his warm presence and relentless enthusiasm will be missed.”

Clauson served as a development driver for Chip Ganassi Racing in 2007-08, winning an ARCA race in 2007. He made 21 NASCAR Xfinity Series starts in 2008, finishing second in rookie points where he teamed occasionally with three-time Indianapolis 500 winner Dario Franchitti.

Clauson is survived by his parents, Tim and Di, his sister Taylor and fiancée Lauren Stewart. Funeral arrangements are pending. A memorial service in his honor will take place at the Indianapolis Motor Speedway at a date soon to be announced.

About to roll out on track and heard the news of Bryan Clauson. Shocked and stunned. Godspeed to him and prayers for his family.

It’s surreal to think Bryan Clauson is gone. He was one of the good ones. He was kind, funny, and a damn good driver. Heavy heart today.

No words to describe how sad the racing community is this morning. RIP @BryanClauson