In July 2015, Raybestos teamed up with world-renowned Schwartz Performance to restore the Raybestos 1969 Mustang. The Mustang was built from a rust-free bare shell that was assembled at Ford’s San Jose, CA plant. The car spent its life in California and Arizona. 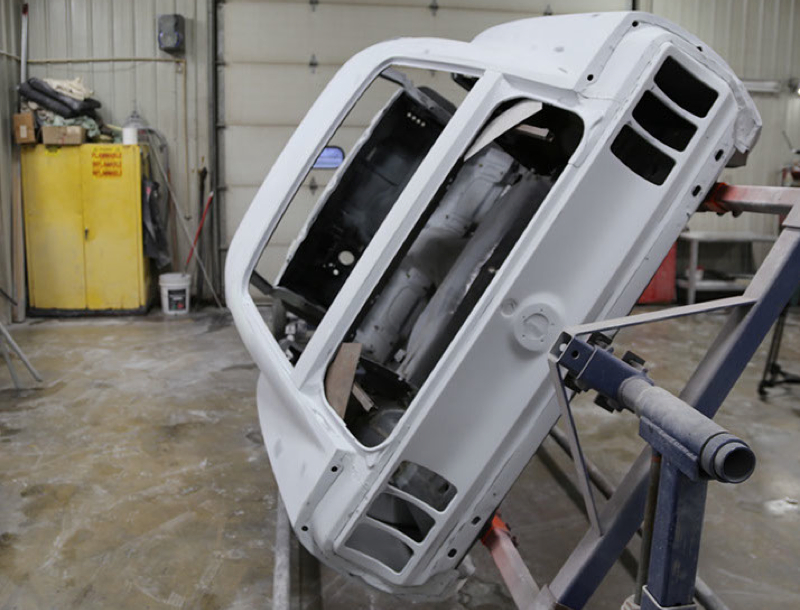 Schwartz Performance also fabricated custom bumpers and brackets to give the front and rear a clean look. The theme for the build was to make the Raybestos Mustang look like a late-1960s SCCA Trans-Am road racer. 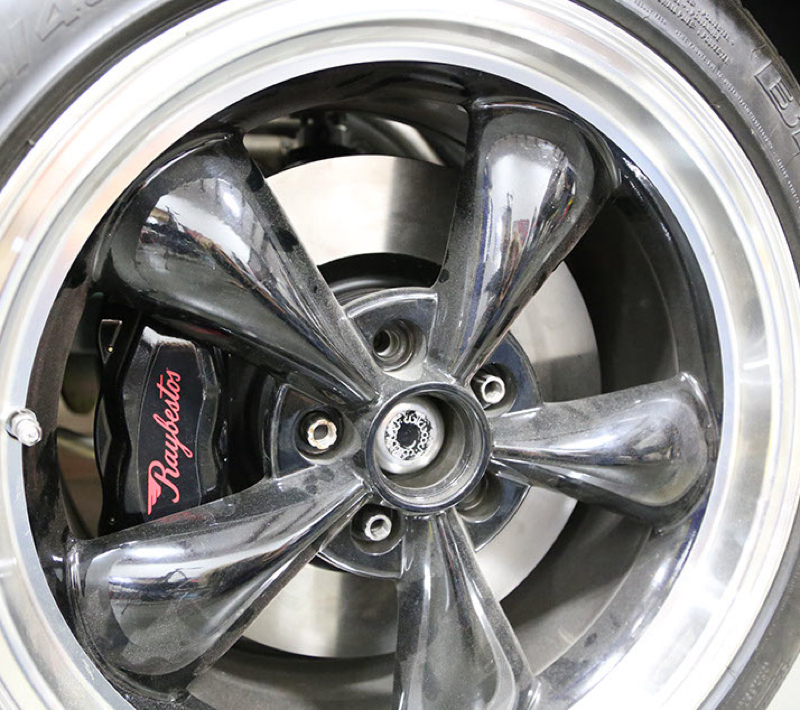 The Raybestos Mustang uses off-the-shelf Raybestos brake components. The front and rear calipers are Raybestos calipers for the Ford Mustang GT500, while the rotors are from the Raybestos R-300 line. R-300 rotors have patented S-Groove slots that improve brake pad bite and life. The rotors use Black Fusion coating on the hat and Grey Fusion coating on the plates and vanes. The coating prevents corrosion and gives the rotors in the R-300 line a clean look that most high-performance vehicle owners demand. 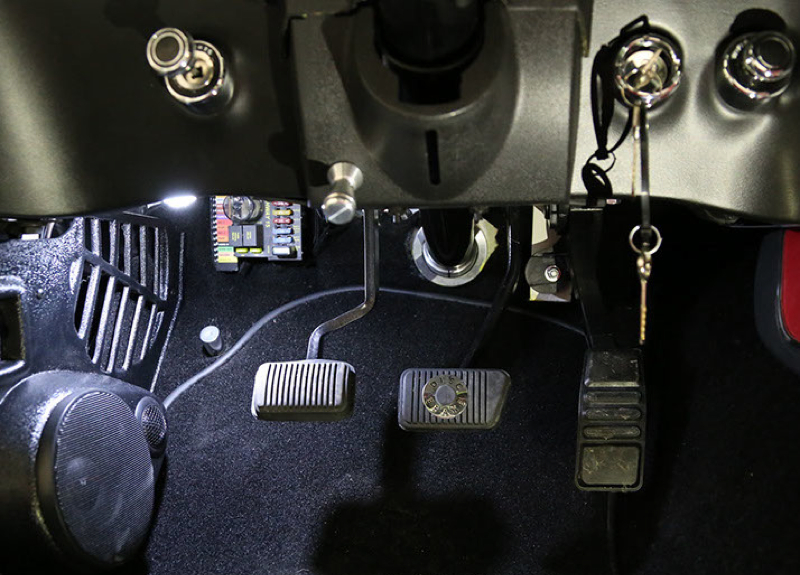 The Mustang uses Raybestos Element3 brake pads with Enhanced Hybrid Technology (EHT) friction formulations. Under the hood, the system uses an off-the-shelf manual brake master cylinder from Raybestos that has been sized to provide optimal pedal feel and stopping power.

The Raybestos 1969 Mustang is powered by a Ford Racing 302 Coyote crate engine that produces more than 435 hp. The exhaust system uses headers fabricated by Schwartz Performance that are designed to clear the G-Machine chassis. After the headers, the exhaust uses low-profile SpinTech mufflers and exits in front of the rear wheels. 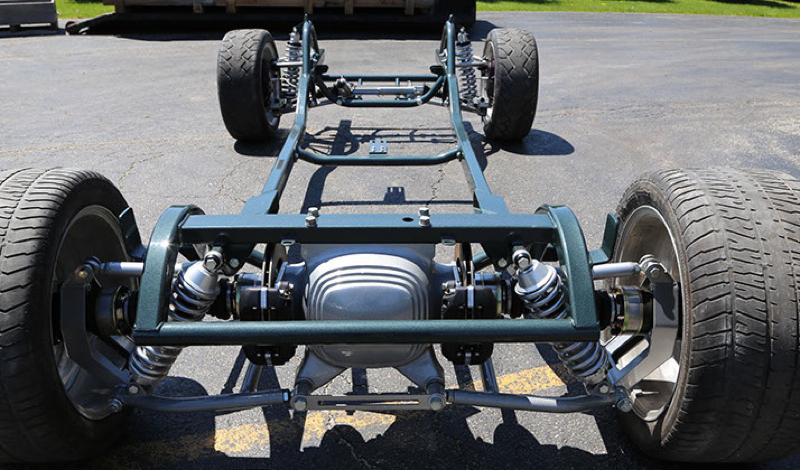 The Raybestos 1969 Mustang uses a Schwartz Performance G-Machine chassis. In the front, the new frame ties into strategic points on the unibody. The new suspension repositions the mounting points to give the first-generation Mustang modern suspension geometry. In the rear is a Heidts IRS suspension with inboard rotors mounted to a Ford 9-inch third member with a limited-slip differential inside.

The interior of the Raybestos 1969 Mustang from TMI is trimmed in black and red leather and outfitted with a Hifonics stereo system. The stock transmission has been replaced with a T-56 six-speed transmission. 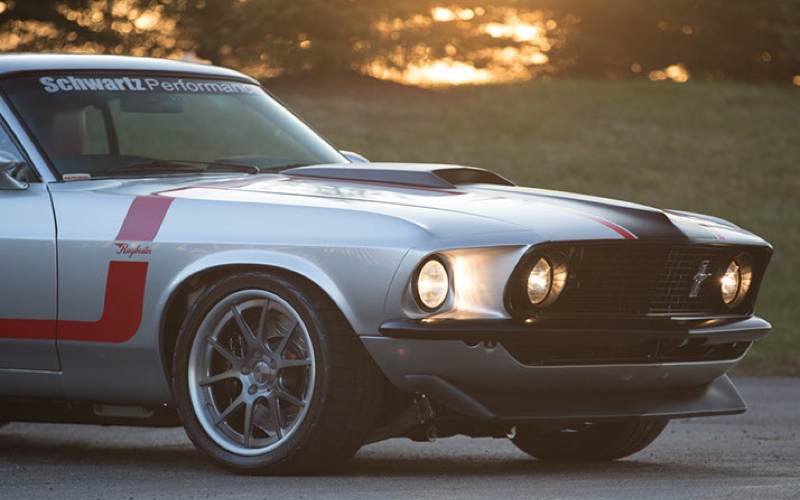 The redone Raybestos 1969 Mustang will travel throughout North America before making its way to the 2016 Automotive Aftermarket Products Expo (AAPEX) in Las Vegas, where it will be awarded to one lucky winner. 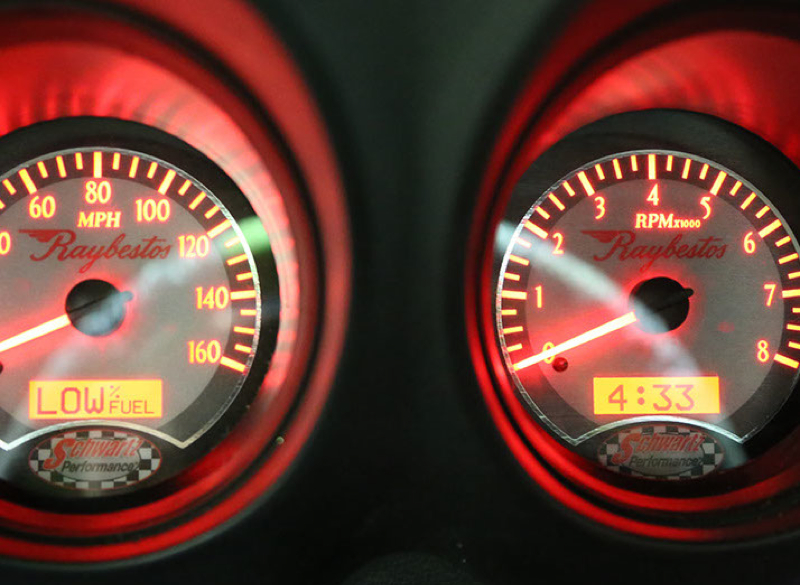 To learn more about the build process and partners, as well as view photos and videos of the restoration, follow Raybestos on its Facebook and Twitter platforms or visit www.RaybestosBuild.com.