Timed almost perfectly to coincide with the annual parade of celebrity cars crossing the block during “Arizona Auction Week” in January, The Automobile Gallery of Green Bay, WI, is putting a ’49 Buick Super Sedanet on exhibit. This car belonged to the late Reggie White, a star football player on the team. 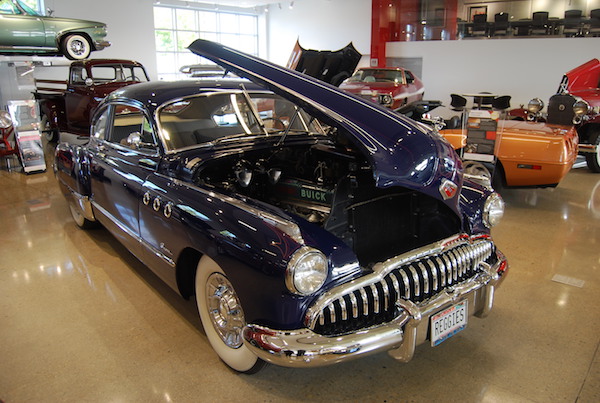 White’s Art-Deco inspired automobile is shiny blue and is arguably the most eye-catching Buick of its time. Built on a 124-inch wheelbase, the Series 50 Super Sedanet, Model 56-S, was powered by a smooth-running 248-cid 115-hp straight 8. The one-year-only styling of the Sedanet bridged the gap between the last vestiges of pre-war design and the sleeker 1950s look; a look that influenced later GM styling including a Corvette dream car with a sweeping fastback design. 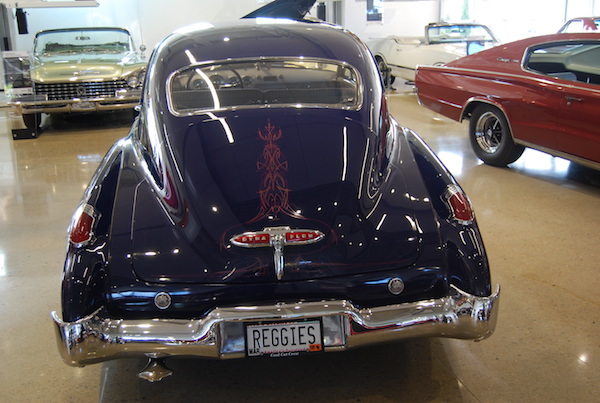 Supers shared a new GM C-body with Roadmasters, but had a shorter wheelbase. They featured three chrome “VentiPorts” on each front fender to denote their use of a smaller straight eight and a shorter engine compartment as compared to the four-VentiPort Roadmaster. One sales brochure noted that VentiPorts helped ventilate the engine compartment, however sometime during the model year they lost their functionality and became totally decorative. 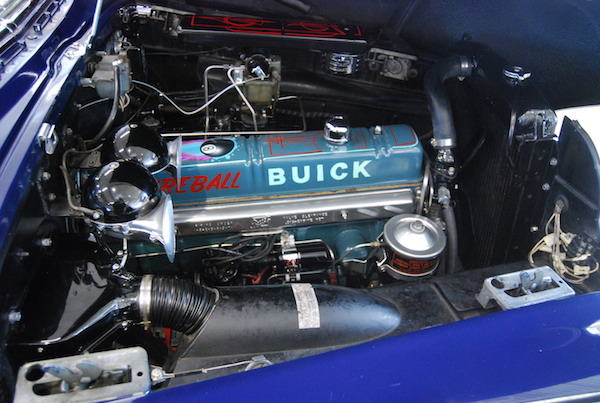 Along with the VentiPorts, the word “Super”, in script form, was found just above the full-length body and fender molding on the front fenders. New fender edge tail lamps were featured, while rear fender skins remained a standard feature. New fender top parking lamps appeared. Full wheel trimmed hubcaps were standard, along with such features as a cigar lighter, ashtray and automatic choke. In addition to these features, the Reggie White Buick has its optional Dyna Flow Drive Transmission, a very expensive option in 1949. 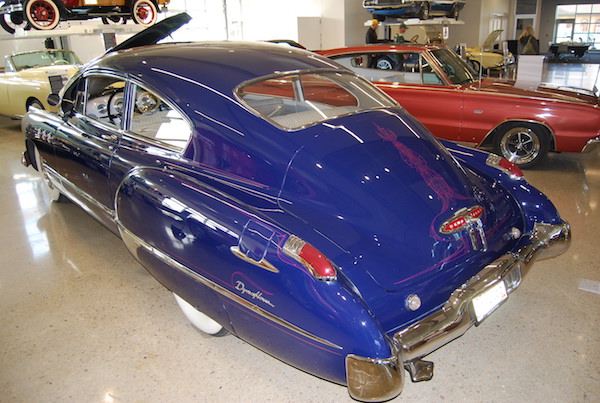 Green Bay Packer Reggie White found this ‘49 Buick, with 52,000 original miles, in California. He bought it to be in his movie “Reggie’s Prayer.” After making the movie, White added the Buick to his car collection, where it was taken care of by his longtime friend Tommy Kujava. When White decided to retire and leave Green Bay, he presented the’49 Buick Sedanet to Kujava, telling him he wanted him to have the car because he felt it would finally have a good home.