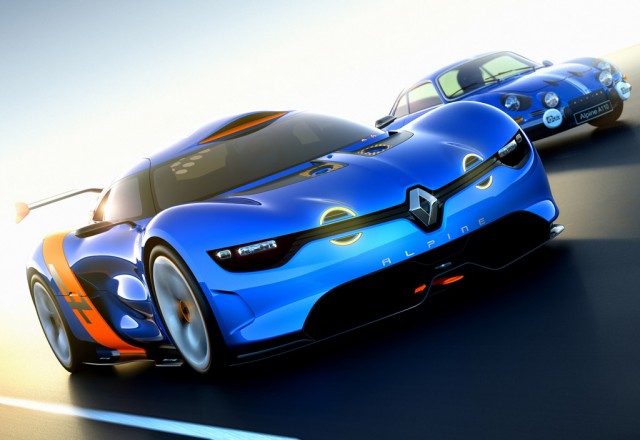 The project that began as a partnership between Renault and Caterham Cars with the eventual goal of challenging Porsche and Audi using the historic Alpine name has undergone many changes throughout its several year evolution. However, now the arrival of an Alpine sports car is seemingly closer than ever. With recent news that the car will receive the name AS1, we know that the model will most likely appear early next year, after much anticipation.

Renault chief Bruno Ancelin told Auto Express of the French auto giant’s plans for the renewed sports car, even explaining that the AS1 would only be the first in a long iteration of Alpine vehicles, which may include crossovers and an SUV. Ancelin went on to say,

What we are sure of is that we cannot revive a brand or create a brand with a single model. It’s not sustainable to have a single model, it’s impossible.”

If one thing is clear, its that Renault’s ambitions of challenging marques such as Porsche won’t be easy, even for an automaker the stature of Renault. The French company will likely draw technologies from its sister company Nissan and new partner Daimler.

The first Alpine on the table, the speedster-esque AS1, will make use of a turbocharged four cylinder engine. It will draw upon its aerodynamic character and lightweight stature to excel in the performance arena.

With the brand already making its name in motorsports, including a recent entry in the LMP2 class of the FIA World  Endurance Championship, the Alpine’s performance ethos will already be well established by the time of its launch, despite a twenty year hiatus.

Also announced is that the Alpine division will make use of hybrid technology for its models later down the line. Ancelin further commented,

“For example, if you want to be sustainable in some markets you need a hybrid in the line-up. We’d have highly differentiated models.

If one thing is clear, it’s that the project to rebuild the Alpine brand is in no shortage of ambition. Though there have been some remarkable concepts coming out of the program, and the development team has shown much promise, many can’t help but wonder, has Renault bitten off more than they can chew?