Reno Tahoe USA, a west coast resort destination, has re-partnered with Team Lucas for 2014. Reno Tahoe USA and Team Lucas will team up to promote two major double-header tour stops of the Lucas Oil Off Road Racing Series at the Wild West Motorsports Park in Sparks, Nev.  First up will be Rounds 5 & 6 held Friday/Saturday, May 30-31 followed by Rounds 11 & 12 – also Friday and Saturday nights.  Both double header weekends will be under the lights. 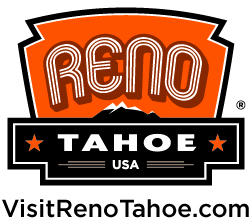 “Reno Tahoe USA is anxiously awaiting the return of the Lucas Oil Off Road Racing series to Northern Nevada in 2014, for two more rip-roaring, high-flying events at Wild West Motorsports Park,” according to “gearhead” Chris Baum, President and CEO.

From motorcycles to watersports, and from air races to high-flying off-road excitement, Reno Tahoe USA boasts one of the most tightly packed summer seasons in the country that any “gearhead” would enjoy. With beautiful Lake Tahoe just minutes from the racing action, along with the copious amounts of great Reno restaurants, there are plenty of options for relaxation and nourishment when you step away from the track.

The 2014 Lucas Off Road Racing Series is the evolved image of the long standing support of short course off-road racing by Forrest Lucas and Lucas Oil. The 15 Round series is expanding across the Southwest with new tracks, larger crowds and additional national television coverage. The broadcast schedules for both events will be released as they become available.

In total, over 150 hours of television coverage is scheduled for the Lucas Oil Off Road Series on three networks – 8 original shows on CBS, 32 original hours on the CBS Sports Network plus 32 re-airs, and 40 original hours on MAVTV with 40 re-airs plus the ‘live’ broadcast of the 2014 Challenge Cup.

According to Bob Patison, Executive Vice President of Lucas Oil, Inc “There is a direct correlation between the huge branding success and raw sales growth that Lucas Oil has experienced over the past 20 years and its involvement in ‘grass roots’ motorsports, especially through our Team Lucas program. Team Lucas reaches the masses, it’s affordable, and it attracts the most awesome, loyal race fans in America. Team Lucas is the result of over two decades worth of planning, extensive market research and some trial and error.  It is the fruit of Lucas Oil’s hard work and passion and it is now available as a marketing vehicle to help other companies sell their products.”