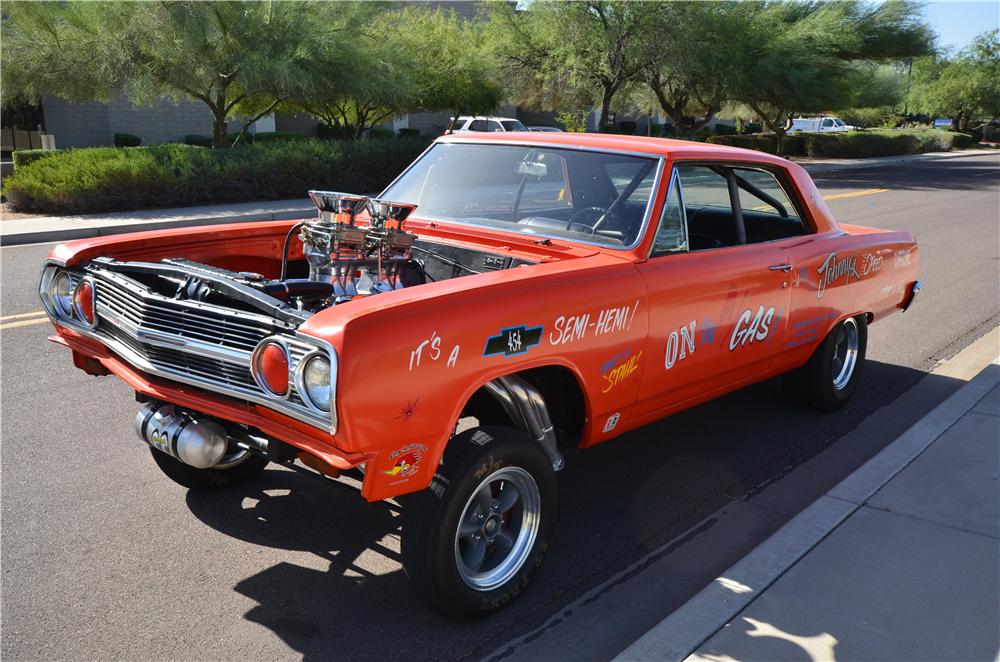 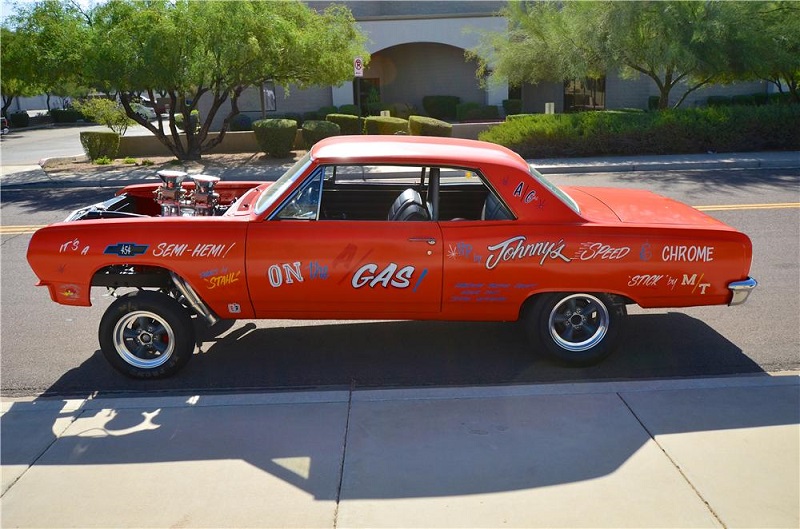 For power, the restorer decided upon a 454 cubic inch big-block V8, among a host of other modifications. Most noticeable perhaps is the audacious tunnel ram with dual four barrel Holley carburetors. Headers empty a healthy exhaust note conveniently out of the front fender wells in true gasser style. The engine bay is adorned with a chrome alternator, fuel pump, and vacuum stacks, and a heavy-duty radiator to keep the temperature down. The paint-job, done in Hugger Orange, might be one of the better aspects of the car. The front mounted gas bottle adds a nice touch, and the hand-painted sponsorship logos on the sides are reminiscent of a bygone era. 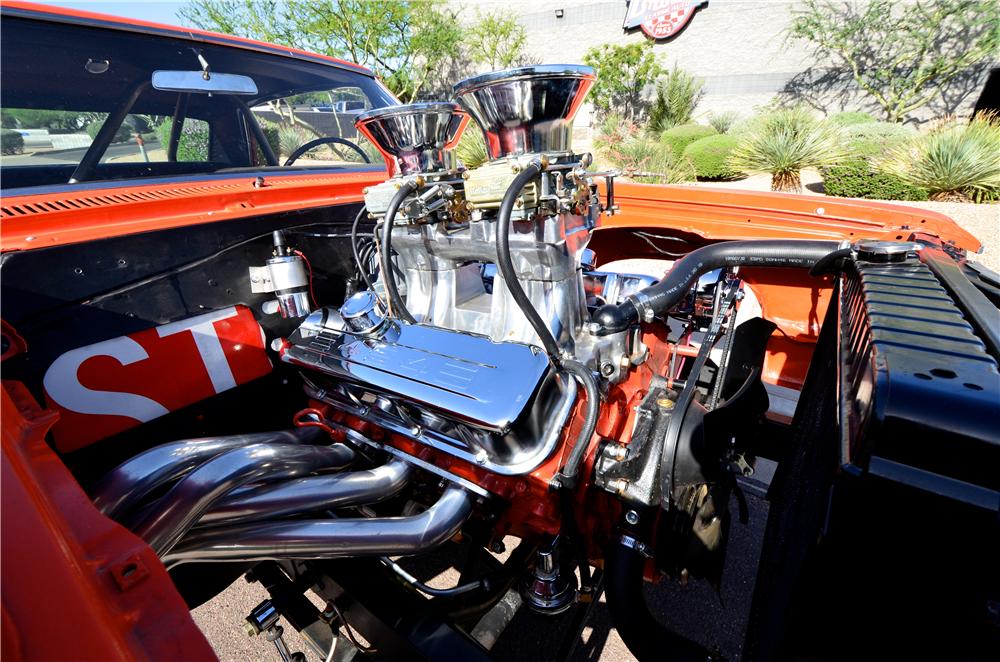 The three speed automatic transmission is a 400 Turbo Hydromatic coupled with a 12-bolt rear end operated by a B&M ratchet floor shifter. Sun Pro under dash gauges and a steering wheel mounted tachometer help the driver keep a handle on what’s going on under the hood. 5 spoke mags and performance tires are halted by front disc, rear drums at the end of a the track. The roll cage situated in the driver’s side of the cockpit adds a nice touch while retaining traditional functionality. 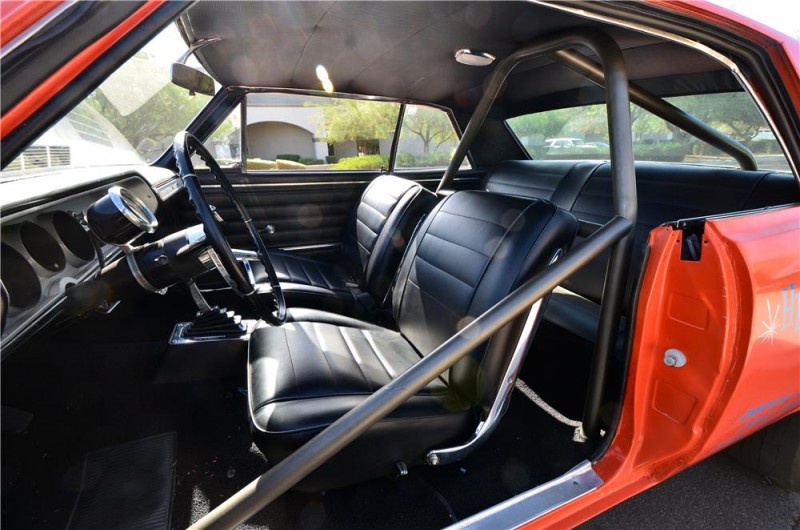 This piece of automotive history comes with no reserve and will be auctioned off between July 31 and August 2nd 2014 by Barrett-Jackson at the Reno-Sparks Convention Center in Reno, Nevada.