There may be a new record holder on the block for the title of ‘world’s most expensive car.’ 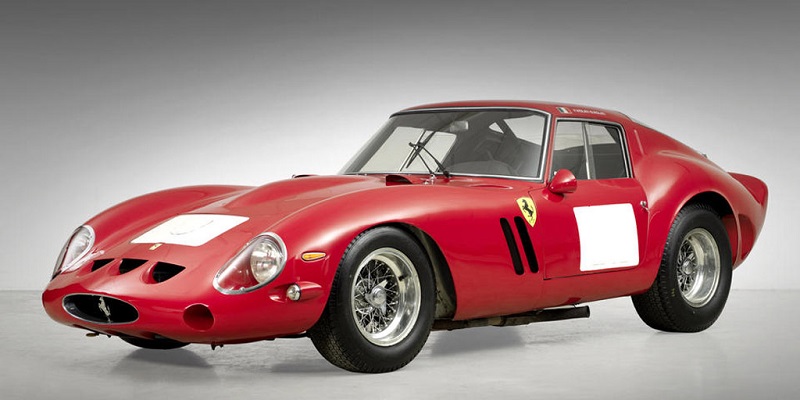 Being one of only 39 produced, this 1962 Ferrari 250 GTO may well command the highest price ever for any automobile. Set to be auctioned off August 15th at the annual Quail, A Motorsports Gathering, there is much speculation over the price it could fetch. The Ferrari 250 GTO is well known for setting price records, including the current record holder, a 1963 250 GTO that sold last year for $52 million. The previous record holder before that was another 1962 250 GTO, which sold for $35 million, and yet another 1962 250 GTO which held the record before that, commanding a price-tag of $28.7 million.

Being, without a doubt, one of the most valuable cars ever produced, one has to wonder what it is that makes the 250 GTO so special. Featuring a 3.0 liter Ferrari V12 engine rated at 300 hp, the 250 GTO cost $18,000 in the United States and was sold between 1962 and 1964. It’s rumored that each buyer had to be personally approved by Enzo Ferrari himself. This was certainly one of the most exclusive cars ever offered for sale, and it seems the prestige hasn’t worn off over time.

In addition to the Ferrari V12, the 250 GTO features a hand-welded tube frame, an A-arm front suspension, a live-axle rear end, and disc brakes. The transmission is a five-speed manual of Porsche design. The car’s unique and exquisite styling may perhaps be a draw, but the interior is rather bland and uninteresting. In fact, there wasn’t even a speedometer fitted into the instrument panel, and many interior components were borrowed from the Fiat 500 of that time period. With a curb weight of only 1,940 lbs., the car may also seem uncharacteristically light, but given the components used, it isn’t surprising. Power to weight ratio would’ve been pretty respectable, considering the time period.

The particular car up for auction is GT chassis number 3851, and this particular specimen is the 19th of 39 to be built. Assembly on the car was completed in September of 1962, and it was sold to French racecar driver Jo Schlesser, who, along with French ski champion Henri Oreiller, raced the car in the 1962 Tour de France Automobile, coming in second place. After later being crashed, the car was repaired and sold three times, before it ended up in the hands of Fabrizio Violati in 1965, who kept the car in good working order, driving it occasionally into the mid-2000s.

This 250 GTO has had a long life thus far, but its story is far from over. The eyes of the world will be watching next month when the richest automobile suitors in the world open up their wallets to bid on this incredible piece of automotive history.