This week Speedville.com traveled to the 20th Annual Hot Rod Power Tour in Norwalk, OH to see the sights and hear the sounds of some really cool vehicles. We stumbled across Scott Witherell of Elyria, OH and his custom 1923 Model T Ford Roadster.

Scott, a retired Air Force engineer and current locksmith, has always been a big car guy. He decided 10 years ago he would act on his dream of building and owning a 1923 “T-bucket” as he called it. 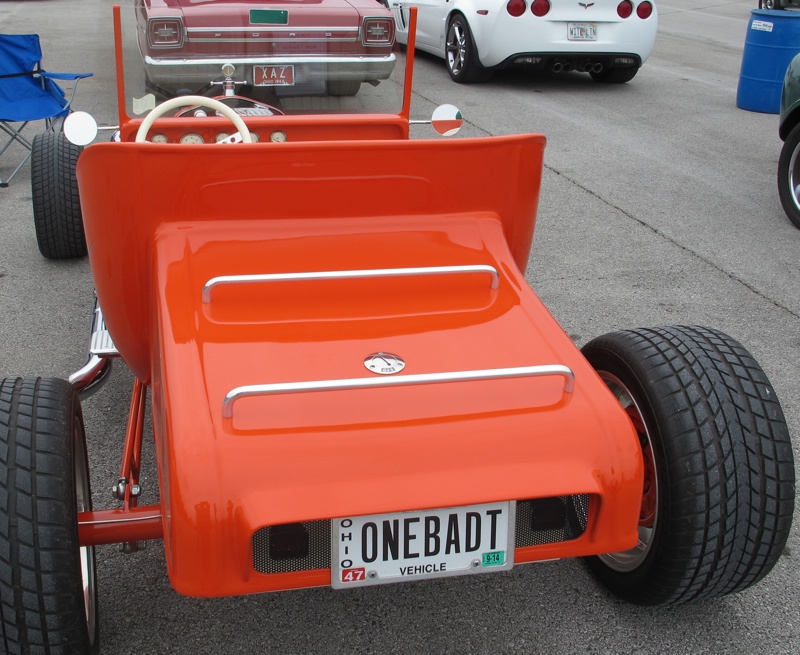 The build, which was all done by Scott himself, took two years to complete and roughly $15,000. Scott did the paint work, designed his own suspension and most everything else on the car as well. 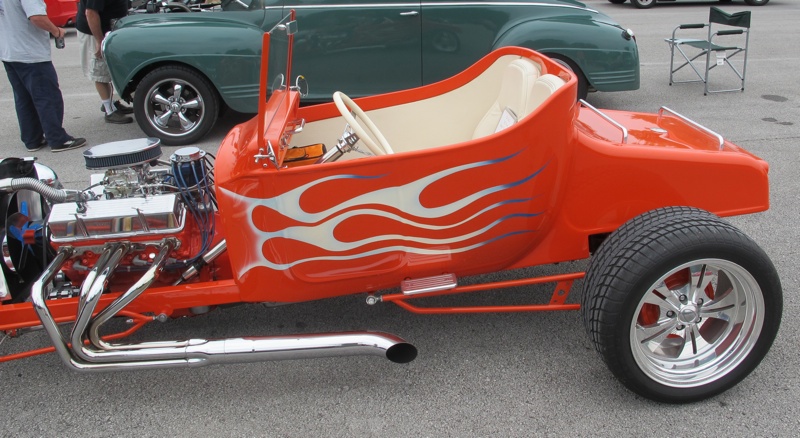 While it was his dream to own a car like this, he also built the car in honor of his dad who built, and used to race, a 1956 Chevy called ‘Orange Peeler.’ Scott’s Ford Roadster carries the name ‘Orange Peeler 2.’

The car runs on a stock 350 producing 270 hp and and has 18,000 miles put on it. While much of the car is pretty tricked out, it lacks certain luxuries such as doors, windows and a roof. “The wife and I will go for rides and we will get wet on occasion, but she deals with it just fine,” Scott says. His wife of 35 years is Nancy. “She’s the only other thing I’ve had longer than this car,” Scott jokes. Scott was selling his dream ride for $28,000. 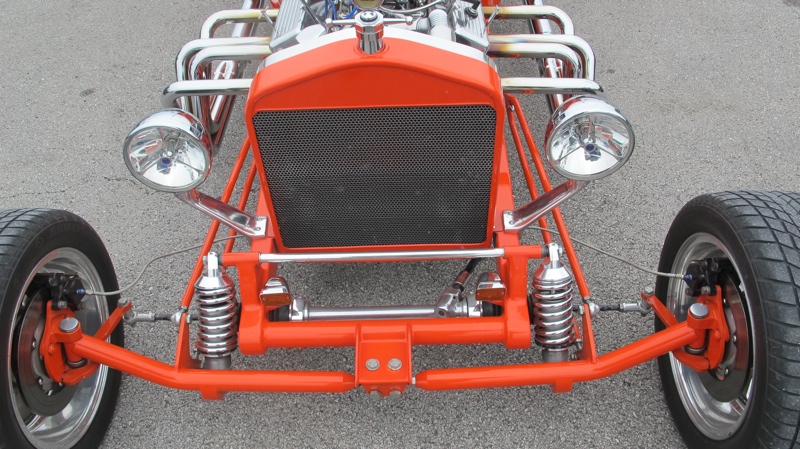