The 1966 Chevelle has been extremely popular among performance enthusiasts because of its aerodynamic design and powerful big block engine – which is partly why Smokey Yunik was so successful with one in NASCAR. 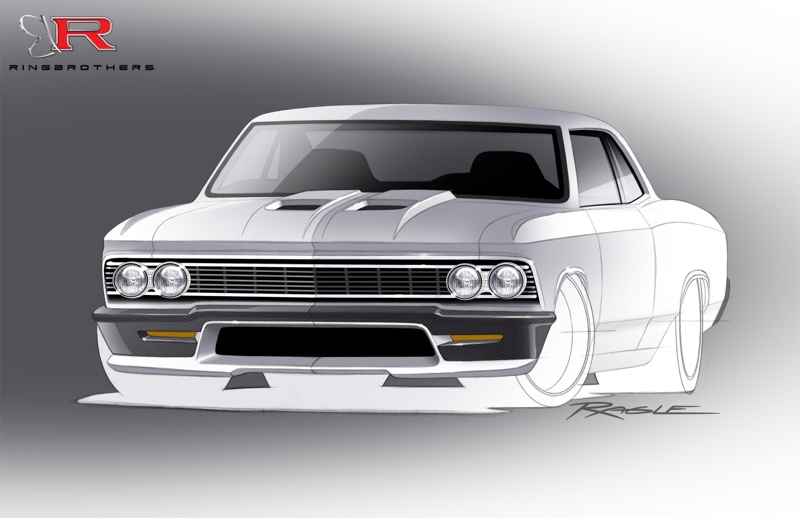 Given the Chevelle’s racing pedigree, it is only fitting that Ringbrothers would choose a ’66 for its latest custom vehicle which it describes as a “refined race car.” Ringbrothers has blended the raw power of a race car with the sleek and detailed finish of a show car to create “Recoil.”

“Recoil” gets its muscle from a powerful, Whipple-supercharged Wegner Motorsports LS7 engine that produces an astounding 980 horsepower. Flowmaster mufflers enhance the roar of the beastly engine while Royal Purple synthetic motor oil keeps it running at its maximum potential. But this car isn’t all about raw power and speed, the Chevelle looks just at home at a car show as it does on the track.

The Chevelle is finished in a flawless BASF Glasurit 90-Line Waterborne paint color dubbed “Sand Storm,” and is adorned with custom, hand-laid carbon fiber panels and trim pieces that show off the highly detailed fit and finish Ringbrothers is known for. The Chevelle is also sporting the newest Ringbrothers series wheels from HRE Wheels, also making their worldwide debut at SEMA. 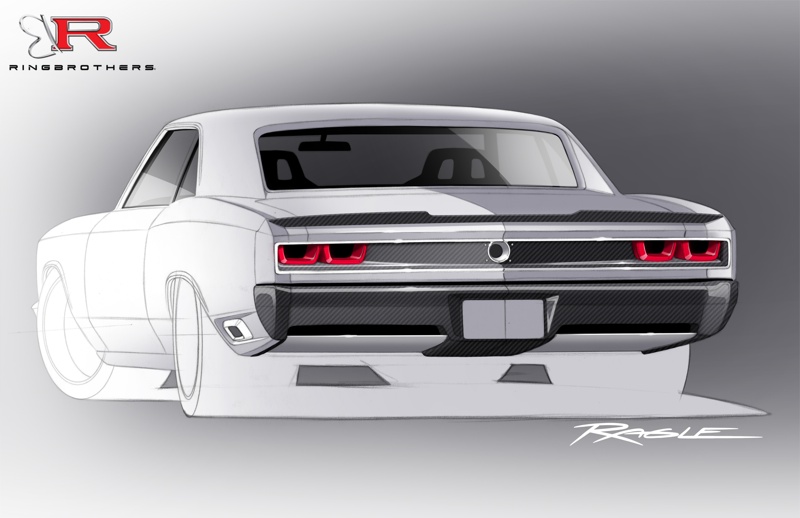 “We are excited to reveal “Recoil” at SEMA Show this year,” said Jim Ring, co-owner of Ringbrothers. “We put a lot of hours and work into this car and we are proud of the results. The Chevelle is as beautiful as it is fast and we can’t wait for everyone to see it.”

The “Recoil” Chevrolet Chevelle from Ringbrothers will be unveiled in the Royal Purple booth #23057 in SEMA’s Central Hall/Performance Hall (near General motors) on Tuesday, November 4, 2014 at 1:30 p.m.