Mike and Jim Ring have always had a respect for the classics, but when it comes to their custom builds, keeping it “classic” is the last thing on their minds. Their newest vehicle, a 1965 Mustang Fastback, preserves the spirit of the ’65 ‘Stang, but is a far cry from the original with a sleek, modified body and modern amenities. Ringbrothers revealed this resto-modded Mustang dubbed “SPLITR” in the Flowmaster booth at the 2015 SEMA Show in Las Vegas to a crowd of fans and enthusiasts. 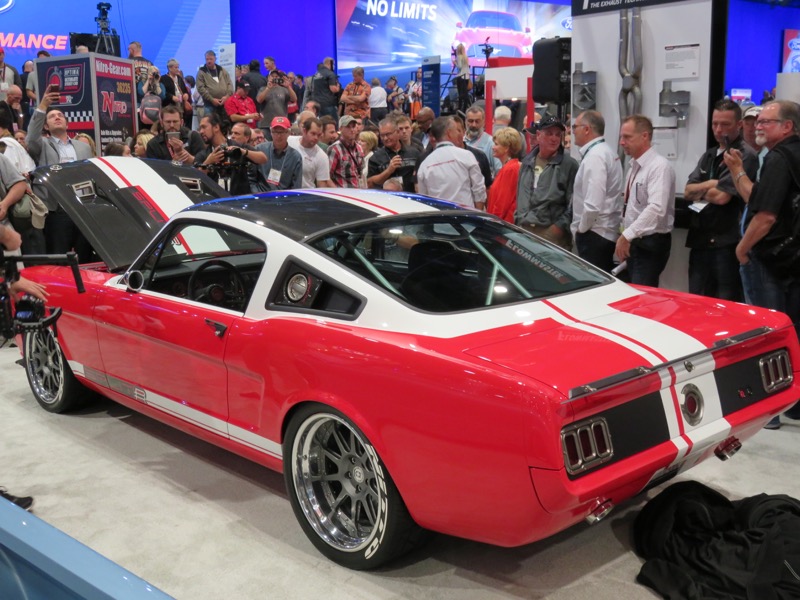 “SPLITR” was a different creative experience for Jim and Mike. When the Rings were approached by a graphic designer with a rendering for his dream car, they were initially a little hesitant. The Rings were used to coming up with the vehicle designs on their own, but when they saw the renderings, they knew they had to take on the project.

The Rings set to work altering the familiar pony car by trimming the bottom of the front fenders and extending the rocker panels forward to the bottom of the trailing edge of the front wheel arch. Then they took the rockers and extended them down by 1.5” and wrapped them under the chassis where they meet with a lower, flat secondary floor pan. This gives “SPLITR” a totally flat undertray (with the exception of the driveshaft tunnel) much like a modern racing car. They also gave this treatment to the rear of the car which hides things like the fuel cell. The body work was completed with a custom BASF Glasurit 90-Line Waterborne paint color named “Ford Race Red,” and then finished with a satin clear finish to help keep things from looking too polished. 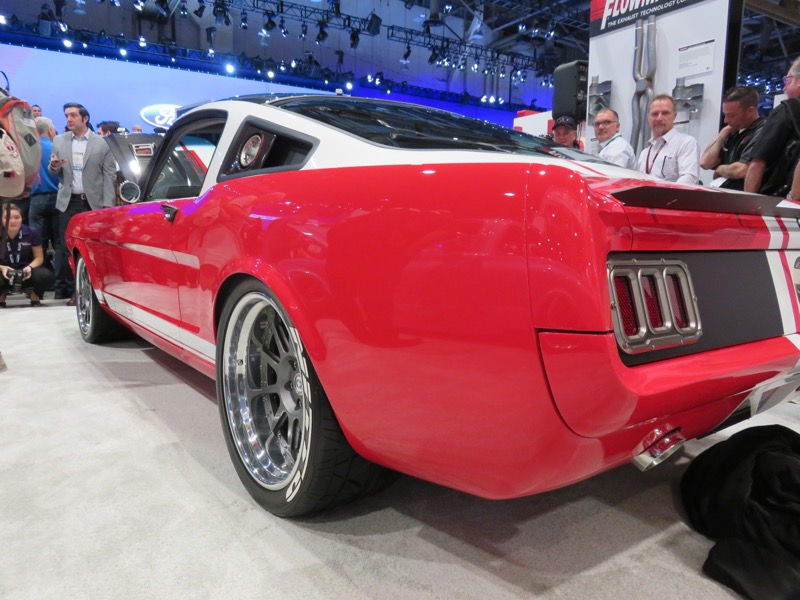 Under the carbon hood, Mike and Jim reworked the engine bay to smooth out the inner apron to make room for a massive 427 cubic inch engine from Ford Racing. The engine is fed its diet of air and fuel through an elaborate custom airbox of the Ring’s design. The airbox is crafted from a combination of aluminum and Lexan which allows viewers to look down the throat of the throttle body and see the MSD Atomic fuel injection system. Power from the engine is fed back into a Tremec T56 six speed manual transmission by Bowler and filled with Royal Purple Manual Transmission Fluid to keep the transmission working at peak efficiency. Exhaust is funneled out by way of custom Ringbrothers headers with 1.5” primaries and into a custom exhaust system with Flowmaster Supper 44 Mufflers. 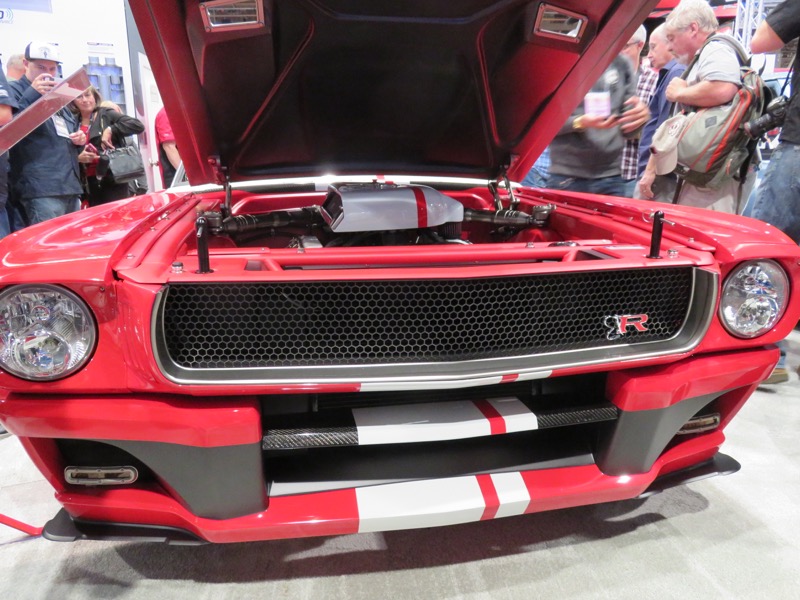 All of “SPLITR’s” racy looks and massive power would be useless if the car didn’t handle, but that’s not an issue thanks to Detroit Speed Engineering. “SPLITR” uses DSE’s AlumaFrame front suspension system which is comprised of a cast aluminum cradle, custom-tuned steering rack, tubular suspension arms, and custom valved adjustable JRI coilover shocks. The rear is kept in line with Detroit Speed’s QUADRALink suspension system and custom valved JRI coilover shocks. Front and rear sway bars are also from Detroit Speed. Stopping power is provided by Baer with huge 6S Extreme calipers with 14-inch rotors front and rear. “SPLITR” rides on custom forged HRE Wheels wrapped in sticky Nitto Invo tires sized 265/35/18 in the front and 305/30/19 in the rear. 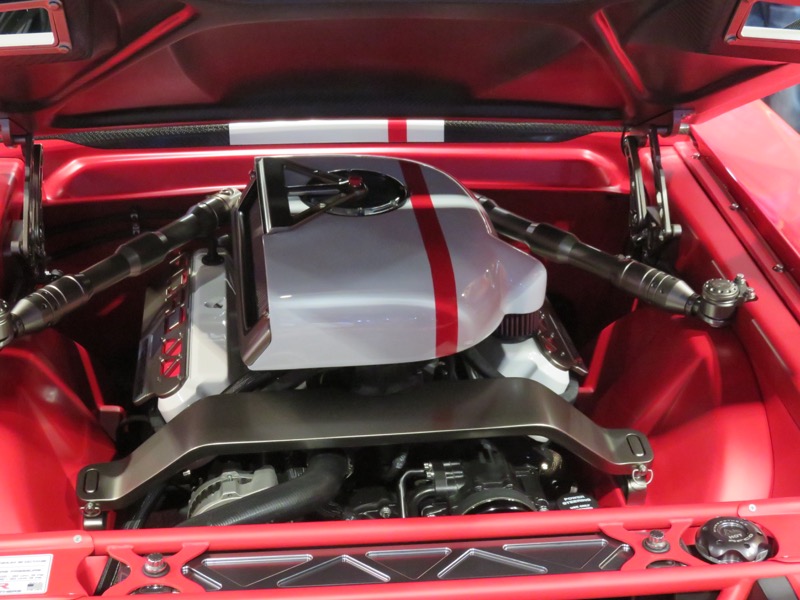 The interior of SPLITR feels as racecar-inspired as the exterior with comfortable and supportive Recaro seats, Ringbrothers billet components, an IDIDIT steering column, gauges by Classic Instruments, and a cabin kept at a comfortable temperature thanks to a Vintage Air SureFit system. 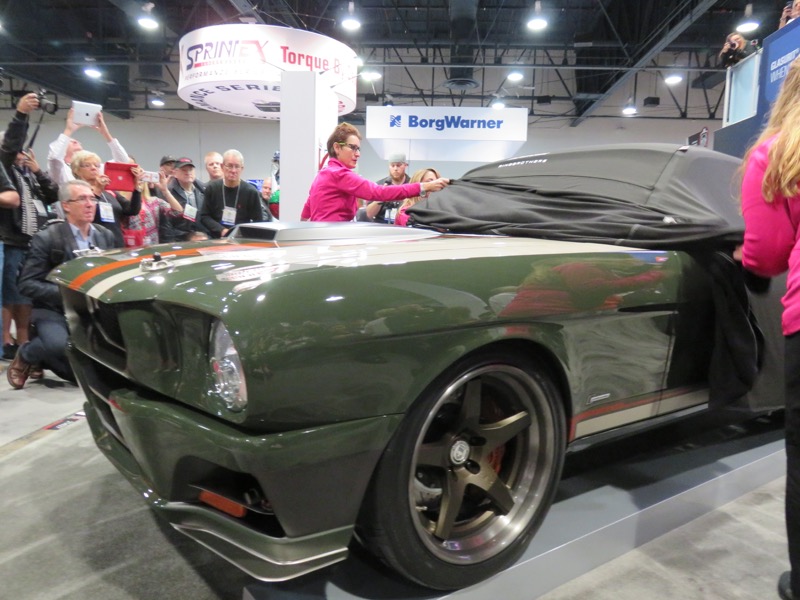 The second build the Ringbrothers undertook is arguably one of their most ambitious and challenging projects ever – the all-carbon fiber 1965 widebody Mustang Fastback known as “Espionage.” The Bond-worthy car made its worldwide debut in the BASF booth at the 2015 SEMA Show in Las Vegas, surrounded by some of the most creative and interesting cars the automotive world has to offer. 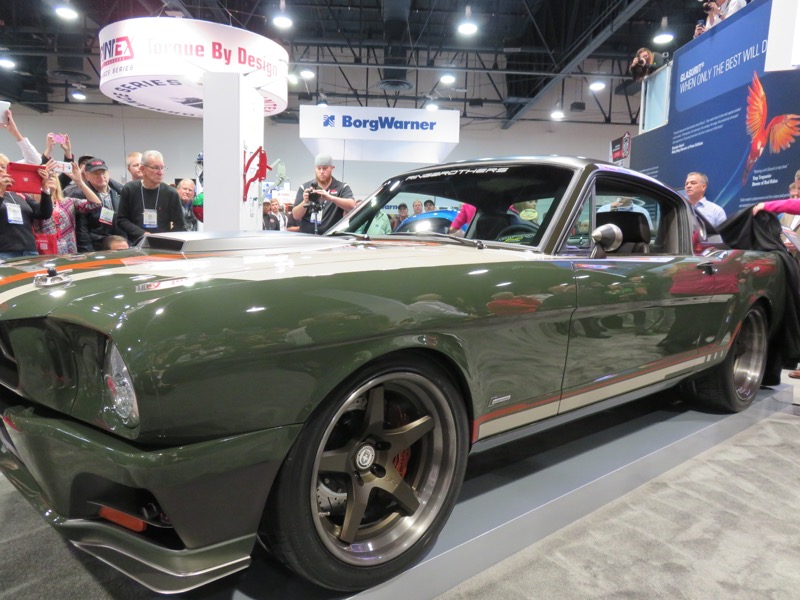 Mike and Jim aren’t strangers when it comes to working with carbon fiber as many of their builds have incorporated it to some degree. Ringbrothers’ familiarity with the exotic material proved to be just the beginning of what has become a master class on carbon. The Rings didn’t just make a “carbon copy” of a ‘65 Fastback though, they took the iconic shape and widened it two inches on each side and made countless other small tweaks to the car that makes it uniquely Ringbrothers. The carbon fiber body work is incognito as the car is finished with the custom BASF Glasurit 90-Line Waterborne paint color aptly named “Spy Green.”

Such a magnificent car deserves only the best under the hood, so the folks at Wegner Motorsports pieced together a 427 cubic inch LS7 with a massive Whipple supercharger outputting 959 horsepower and 858 ft.-lb. of torque for “Espionage.” The beastly engine is bolted up to a six-speed Tremec T56 transmission, which is kept running smoothly by Royal Purple manual transmission fluid. All 959 ponies are sent rearward through a custom driveshaft and into a Ford 9” rear end. Exhaust is expelled through headers with 2” primaries that were custom designed and built by Ringbrothers and into a fully custom exhaust system with Flowmaster Supper 44 Mufflers. 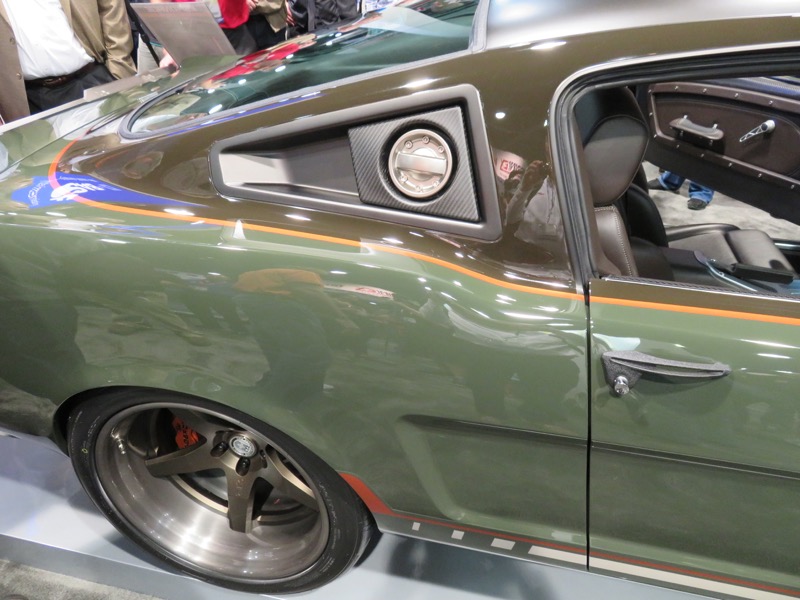 On a car this fast, serious brakes are absolutely critical and as such, Mike and Jim turned to the folks at Baer who spec’d massive 14-inch discs and 6S calipers at each corner. Espionage wears custom forged wheels from HRE which are wrapped in Nitto Invo tires sized 295/35/18ZR in the front and 345/30/19ZR in the rear. 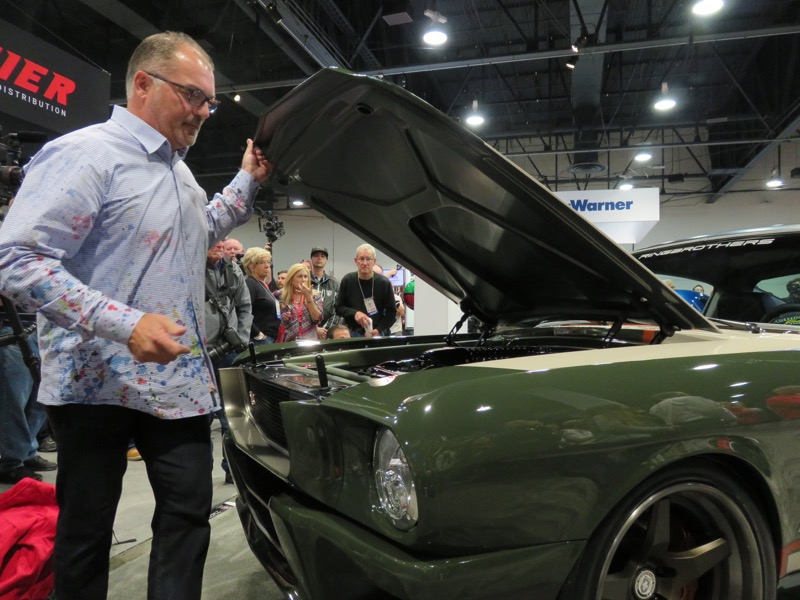 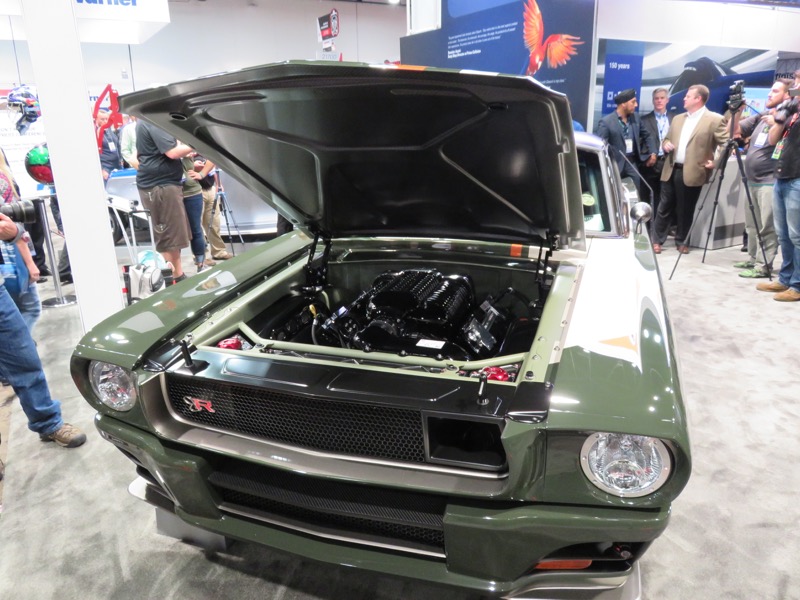