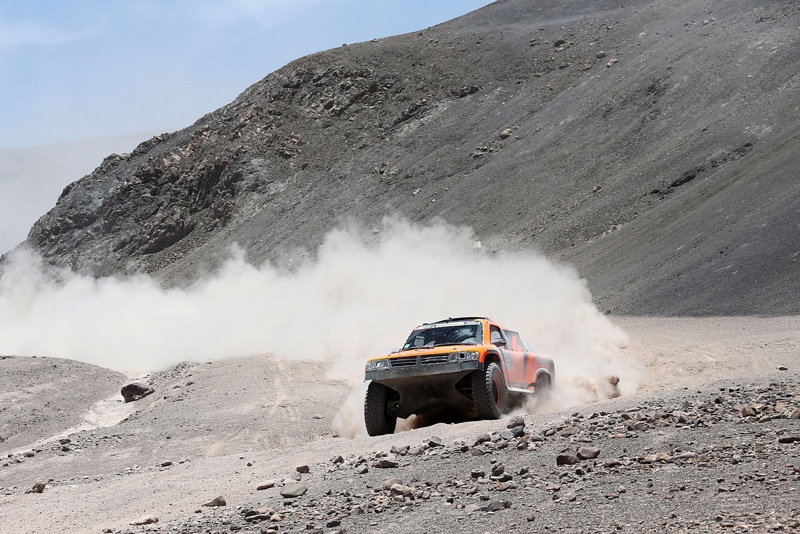 Gordon and navigator Johnny Campbell led through the early part of Thursday’s stage, but between the second and third timed waypoints they lost 11 minutes and 41 seconds to the eventual stage winner and fell back to the 10th position in the process. From that point forward, aggressive driving and perfect navigation allowed Gordon and Campbell to gain 10 minutes and 6 seconds on the leader before the finish.

Russian Vladimir Vasilyev was scored the provisional stage winner with a time of 4 hours, 19 minutes and 18 seconds, and Saudi Arabia’s Yazeed Alrajhi followed 20 seconds behind. Gordon’s third-place run was completed in 4 hours, 20 minutes and 43 seconds, and elevates him to 32th in the overall standings. He trails Nasser Al-Attiyah of Saudi Arabia by 5 hours, 45 minutes and 46 seconds. 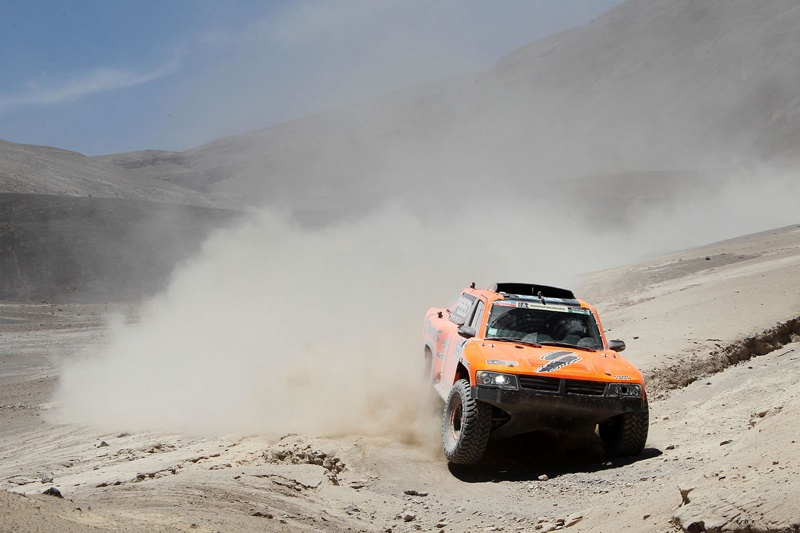 Gordon’s spot on the podium makes his HST Gordini only the third different constructor to finish among the top-three positions thus far, with Mini and Toyota representing the other manufacturers. Gordon’s car is the only entry among the leaders that is not affiliated with a major automotive manufacturer and was fully developed by Gordon’s company.

“With stage wins in previous Rally events and good runs like today, we prove that we can run with anyone,” Gordon said. “None of our issues this week were really avoidable and they were freak incidents. We’re hopeful that these weird issues are behind us and our plan is to win multiple stages before the end of this year’s Dakar to make our presence known.”

Friday’s sixth stage will consist of 647 kilometers (402 miles) of which 255 kilometers (158 miles) will be the timed section for the cars. Its relatively short distance will climb up the Pacific coast towards Iquique. For the first time, the halfway point in the race will be marked on a podium in the center of Iquique. The experience between drivers and their fans should be emotional, as a powerful earthquake struck the region and triggered a tsunami in April last year.