Team Lotus has finally secured the points which had for so long eluded them this season. Romain Grojsean did the job on his 50th Grand Prix appearance at this past weekend’s Spanish Grand Prix in Barcelona. 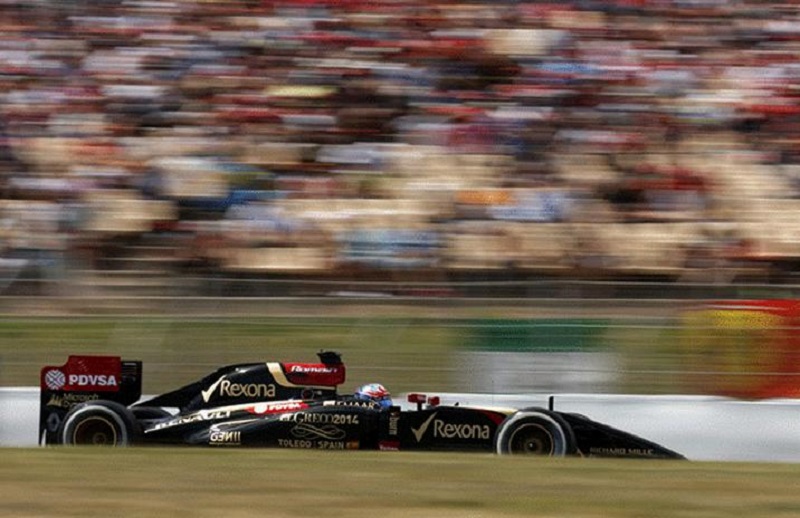 Team Lotus was off to a rocky start this season, after being the fourth ranked team in last year’s Constructor’s Championship Series. After scoring 315 points in 2013, the team has been disheartened as of late, having gone four races with no points scored.

Grosjean began the race in a competitive P5, but fell back mid-race and finished in 8th, just able to secure much needed points for the team. Pastor Maldonado, in the other Lotus car, began near the end of the pack at P22 and worked his way up to 15th by the end.

Grosjean was elated to celebrate on the occasion of his 50th Grand Prix appearance in Formula 1. Since entering in 2009, he has amassed 232 career points over a driving career spanning a season with Renault and his three seasons with Lotus. Grosjean had the following to say in relation to the accomplishment,

“It’s been a tough battle for us to get points this season and that was certainly one of the hardest races I’ve contested in a long time. I did everything I could to drive around the power unit issues, which really made things difficult when battling the other cars. It’s good for all the crew at the track and at Enstone to finally get a reward for all their hard work. There are still a lot of areas where we can improve and certainly the car wasn’t as quick today as it was yesterday, with the different track conditions as well as the other issue. It’s Mothers’ Day in Switzerland so this one’s for my mum!”